How to please the future son-in-law

Because of the serious conflicts with the mother-in-law and mother-in-law not broke one family. Despite the colorful examples of friends and relatives, the parents continue to quarrel with the choices of their children, making life harder for all parties to the conflict. Therefore, contact with the future son-in-law it is better to establish in advance to avoid problems in the future. 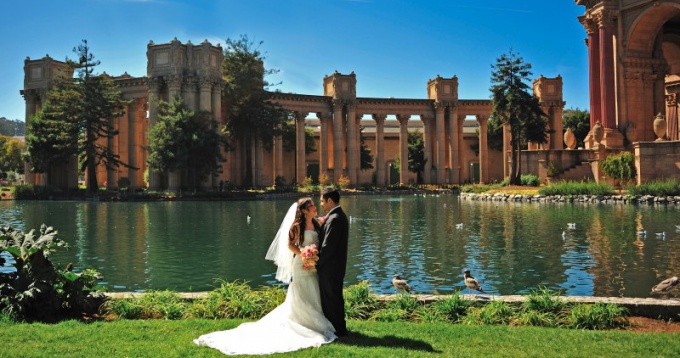 Before thinking about the view, which you will make on the future son-in-law will have to determine its attitude. Remember everything you talked about him a daughter. You may know him, and already have their own idea of the man. After analyzing their opinion about the guy, think about the fact that he is also someone's child. Perhaps his mother is also worried about his choice and afraid of the difficulties that may arise in his way. So try to tune that for you he's just a kid. Maybe then you won't appreciate his skepticism, and it will not affect your behavior. In the end, hypocrisy is very much felt.

Show the young man that you are happy to see your family and respect the choice of his daughter. During the meeting don't interrupt the daughter and in no way demonstrate that you will influence. Often, relations-in-law to mother-in-law deteriorate precisely because it takes an inordinate part of their lives. Not carp, but not Crouch in front of the future son-in-law. Treat him as you would behave with any welcome. If the acquaintance is at home, help him get comfortable, because you want to become one family. Remember that people are always stretches where he was warmly greeted.

Strike up a conversation about how he loves the young man. Try to ask questions friendly. You have to understand that he is worried too, and feel as the exam is not very comfortable. Information on preferences will come in handy in the future during new encounters and situations when you need to give gifts. Very useful to be always appropriate. Find out whether the guy some common interests with your family. Perhaps all of you like chess or skiing. Of course hanging out with you every weekend, he would not want. But having something in common good connects people.
Think maybe you could be useful to him. For example, he has a sick grandma, and you know a good doctor who will look at the old free. But in any case, do not try to influence the future son-in-law with his authority. Talk with them on equal terms. Do not think about the age difference. Actually it's not such a big reason to be snotty.

If the meeting is successful, try to consolidate the success a little later. Always stick to one style of communication. Don't try to lecture, even if the daughter complains to you. Usually the lovers are very quickly reconciled, and your relationship will be ruined. Suffer most in this situation is your daughter. So get in the habit to interfere only in very serious situations, but never go to the individual.
Is the advice useful?
Подписывайтесь на наш канал