How to multiply earthworms

Oddly enough, but the reproduction of earthworms is gradually turning into a very profitable business. Worms have an enormous impact on agriculture and on nature in General. 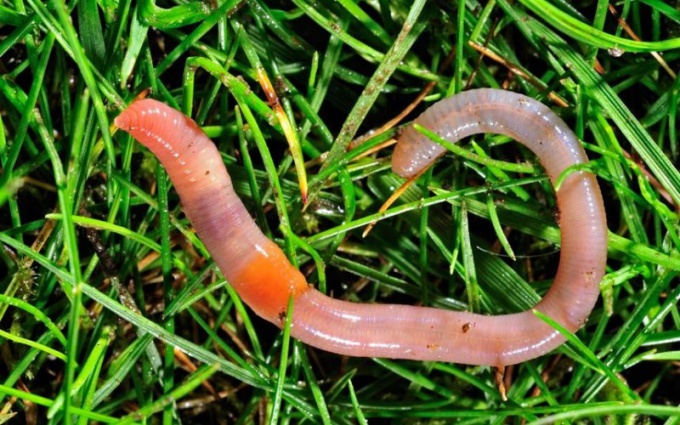 What good are earthworms?

Earthworms provide an invaluable service to farmers they are able to process the amount of land a hundred times greater than their weight. Thanks to their work there is a shift of the earthen mass, which leads to increased soil fertility. When it climbs up valuable soil is an important soil aeration. So the daily life of the worm has a huge impact on the soil, and consequently, on the people that are close.

If a person is engaged in agricultural increase in the number of earthworms, he often uses a variety of technologies, causing their mating. Such people usually work in the pig farms and poultry farms – earthworms are an excellent source of protein for their wards. And farmers are happy to increase the population of earthworms in their plots – they eat the remains of plants, while improving the fertile quality of the soil.

As the worms multiply?

Worms belong to a small group of hermaphrodites in nature. Ordinary earthworm for his offspring becoming and mom and dad. How is it done?

When the worm becomes sexually Mature, he possesses all the qualities associated with male individuals. If its carefully considered, on the trunk, you notice a small iron belt. It usually develops in a 32 or 37 of the body segment. It is the appearance of this band becomes a signal to other individuals about what this worm is ready to reproduce. Once in a certain area a big part of worms is getting ready to mate, each species begin to develop male testes. The pairing process looks like – a worm are two heads to each other in such a way that the testes glandular one touch of the shoulder of the other and Vice versa.

During this process begins to stand out a sticky liquid, which serves for linking partners. As soon as the seed channels of the same worm got semen other, and the exchange took place on both sides, the worms crawl in different directions.

After fertilization, the worm begin to develop ovaries (female sex organs). At this time, fertilized the belt (or clutch) starts to move up. In the area 14 of the segment are female sex cells. They also added to the belt, filled with the seminal fluid of another worm, and moved to the 10th segment. And it is here that seminal fluid enters the egg. Fertilization occurs. After that, the clutch completely goes with his master and zakolebalsya, protecting the developing eggs.
Is the advice useful?
See also
Присоединяйтесь к нам
New advices