How to dissolve the poppy seeds for baking

Poppy-seed filling is able to give a unique taste to any baked goods. So it turned out juicy and tender, must be correctly steamed poppy seeds and grind them. 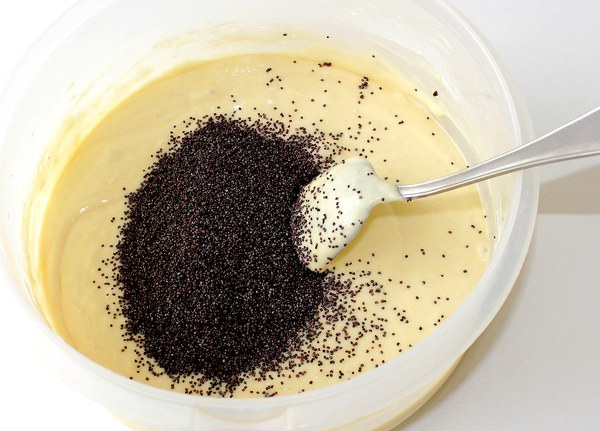 The use of poppy seeds in cooking

Mac is widely used in cooking to create delicious and original cakes. The simplest thing you can do with his seeds – sprinkle them on the buns and patties before you send them in the oven. You can also pour the poppy seeds into the dough and knead it. In this case, the seeds are distributed evenly throughout the volume of baking.

Mak also used to create delicious toppings that can be added in cakes, muffins and other products. Such fillings are widely used in Russian and Ukrainian kitchens. To cook them is not so easy, as the Mac will need to properly dissolve and then mix it with honey, sugar and other products.

How to steam Mac

Before steamed poppy seeds, they should be thoroughly washed. To do this, you can wrap them in a gauze bag and lowered into a pot of water. After washing you need to give the Mac to drain.

Then the poppy seeds need to be placed in a pot and steamed. There are several ways to prepare Mac. You can fill it with boiling water and cover the pan with a lid, allowing Mac to infuse for 10 minutes. Next you need to drain the water, re-pour the seeds with boiling water, let stand for 10 minutes and then repeat this procedure again.

After the third 10 minute steaming to drain the water, pour poppy boiling milk and boil the mixture on low heat for 5 minutes. Next, you need to put the poppy on a sieve or a colander, let the liquid drain out and proceed to the grinding of steamed seeds.

Grind the poppy seeds in a coffee grinder or even a grinder. There are also special fixtures for grinding of various seeds. Ukraine poppy seeds are crushed in a special clay mortar with wooden pestle, called Makogon.

There are other ways of steaming Mac. For example, some Housewives prefer to fill it with water once, but kept under a lid for about 40 minutes. This method is perfectly located pottery, which retains heat.

Some Housewives do not boil the Mac. They believe that prolonged steaming enough to soften the seeds. Some, on the contrary, prefer to boil it in milk a bit longer than stated in the recipe. In this case, the filling is very tender and tasty.

To make poppy seed sweet taste of it mixed with powdered sugar or honey, and then add in biscuits and cakes. Sugar can also be added to steamed poppy before grinding, and then grind the mixture in a mortar.
Is the advice useful?
Подписывайтесь на наш канал