How to prepare poppy seed filling

Poppy-seed filling is one of the traditional fillings for Swiss rolls, cakes and biscuits. Despite the minimum of products necessary for this filling, there are many ways of cooking. 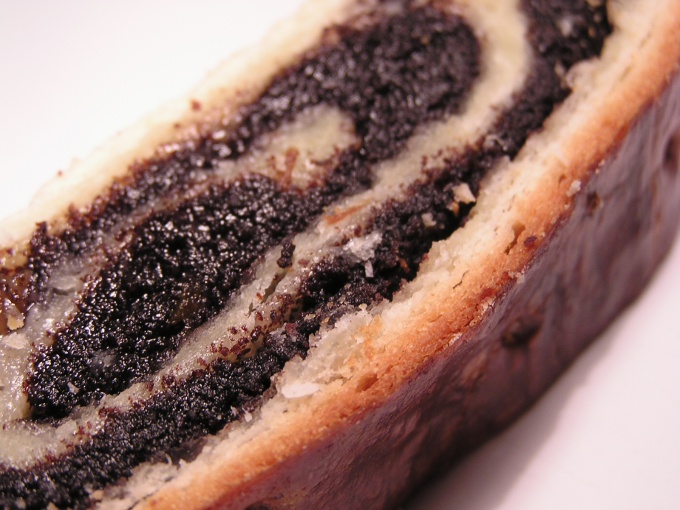 Related articles:
You will need
Instruction
1
For closed rolls of dough will fit makove-honey filling. For its preparation pour Mac boiling water, cover and leave for half an hour. Then fold the poppy seeds in a sieve with small cells and let the water drain out. Add sugar, honey, RUB thoroughly with stuffing.
2
A different stuffing for closed rolls and pies can be cooked from poppy seeds with honey. To prepare the filling, rinse the poppy seeds in cold water and drain in cheesecloth.
When the water has drained, put the poppy seeds in a pan, add liquid honey and cook the stuffing for ten minutes on slow fire, stirring constantly. Before putting the stuffing in the loaf or cake, it should be cool.
3
Pot pie or rolls can be very good with poppy and raisins. In order to prepare this stuffing, wash the raisins and pour the boiling water for ten minutes. Pour over boiling water Mac.
Drain the raisins, if you like you can lightly grind it with a knife. Drain the water from the IAC and carefully pound it in a mortar with sugar. Add the raisins and mix the filling.
4
For open pies or rolls, in which poppy-seed filling is laid over the dough, prepare the stuffing with honey and lemon. Cut the lemon peel and blend it. You can just RUB the lemon on medium grater so that it erased the zest.
Pour the milk into a saucepan, add the sugar and bring to a boil, continuously stirring the contents of the pan. Add the milk, poppy seeds, honey and zest. Cook the stuffing over low heat, continuing to stir. After five minutes, remove the pan from the heat and cool the filling.
5
Sometimes poppy seed filling for open pies add egg. For preparing such a filling mix in saucepan the sugar with the milk and bring the liquid to a boil. Remove the pan from the heat, pour in the milk, poppy seeds, cover and leave for half an hour. Add in the poppy crumbs and egg, mix well the filling and you can put it in a cake.
Is the advice useful?
Подписывайтесь на наш канал