What kind of toys do kids in 8-10 months

Properly selected toys will not only occupy and distract the baby, but also form a number of skills. Before you go to the store, remember that can your baby. By 9 months, the baby can sit, can lie down, stands up, whatevas over the surrounding objects, and walk, holding on to the side of the playpen or furniture. 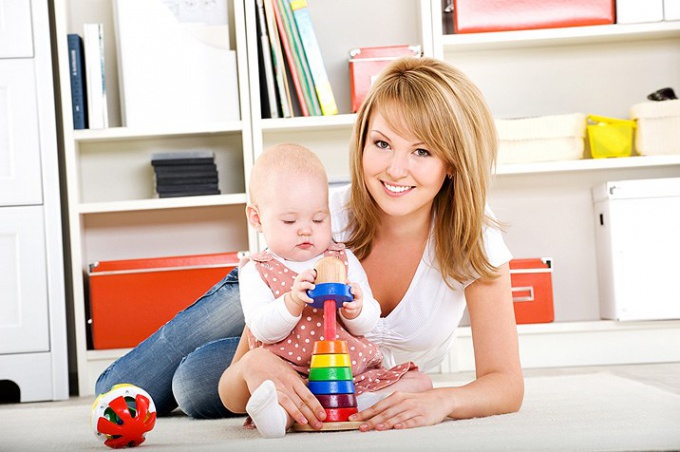 Choosing toys for 8-10 months, remember that the baby is active not only large, but also the forefinger. He be a force more subtle movements, is the development of fine motor skills. An excellent trainer will be a variety of boxes with lids that will open and close the top, side or way push. The shape of the boxes in this case are not fundamental. To the baby for a long time was interested in such a toy, choose those that have an attached lid, such a small opener can close.

It's time to think about the first car. It is not even about the car itself, but about the ability to move. Very good if in addition to the wheels, it will be equipped with various levers.

A new look at Yulu and pyramid

8-10 months loud banging toys, so Arsenal should appear in a top. Of course, this is not the design, which is known to many from the Soviet era. Modern manufacturers have created a special "malyshovogo" Yuly, which rotate inside the dome, not realizing the movement. The large button on top, which when pressed starts the sound and the rotation, sure to delight baby.

The real "crime" if you don't have cubes and pyramids. The first pyramid should be a small 3-4 rings. Pay attention to the rod, it needs to be thick and stupid, and also recorded on a wide basic parts.

Cubes is better to take medium size, made of plastic and empty inside, so the fan leaves don't hurt yourself. Wooden structure with the letters and numbers is irrelevant. In the Arsenal you should receive two goals: small that will fit in the palm of the child, and more, which he can throw with both hands.

Coordination of fine movements largely depends on how often the baby will be performed the steps to stringing and dipping various items. Please be safe boxes, baskets and by the items of manipulation.

Temporarily postpone in a distant box have shaped toys: cars (no object motion), dolls, role-playing sets. The child will not be able to build the story "the doll is bathed" or "bear eats". Important for your baby to develop physically and gain experience with actions with various objects. So do not be surprised that the kid pulls the wheels of a machine, examines the bright parts of the spacecraft or crawl doll on the floor mesmerized watching as she blinks her eyes.
Is the advice useful?
See also
Подписывайтесь на наш канал