Brine is a natural brine which is naturally formed in different reservoirs with a high degree of mineralization. Rapa is of special value in medicine because it is used to treat a number of diseases. 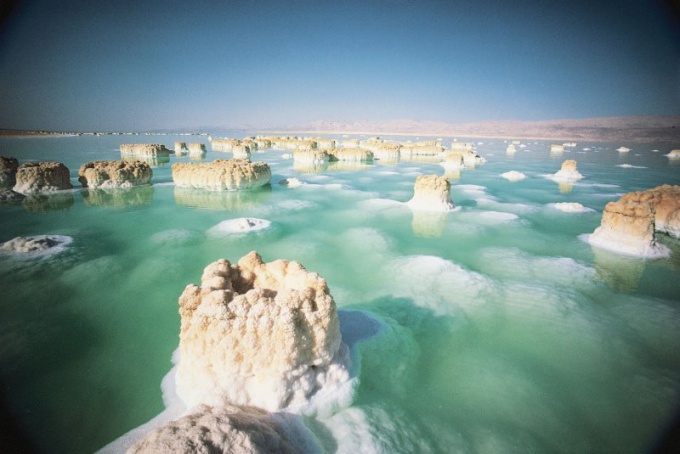 In fact, the brine is a very salty water, which is characterized by a salinity level greater than 50 ppm, that is 50 grams of salt per 1 liter of water. Typically, this level of salinity is achieved naturally in salty lakes or the so - called estuaries, shallow bays, formed at the confluence of the river to the sea. In addition, the brine can be created artificially in the reservoir formed by human hands.

Experts identify three main types of brine depending on the specific chemical composition. Among them, carbonate brine, sodium chloride brine and sulfate brine, which differ in the content of the basic chemical element. In addition, natural brine contains a number of other useful components, including cations and anions of different chemical elements, minerals, biogenic stimulators, amino acids and other.

The use of brine

Such multicomponent composition of the brine makes it a unique therapeutic agent, is widely used in various fields of medicine. So, one of the areas in which the brine is commonly gives a high efficiency of treatment, are a variety of the pathological state of soft tissues of the human body, for example, swelling of various etiologies, dermatitis, psoriasis, as well as situations in which the need to accelerate the regeneration of damaged tissue, e.g. after a burn or injury.

Another direction in which to apply the treatment with brine, the overall improvement of the body including improving the immune system, increase the intensity of metabolism and the stabilization of the condition of the nervous system. Also, the brine may be useful in situations where the patient requires a muscle improvement, the intensity of blood circulation and the like.

Treatments using brine varies considerably depending on the nature of the disease, the treatment which it is applied. For example, in sanatorium-resort institutions, located in places of natural formation brine, the most widespread of bathing in brine, sometimes combined with mud baths. Moreover, there are also cutaneous application of brine, a local bath in which is immersed the damaged parts of the body, and others.

However, the treatment with brine and possibly outside the natural ponds filled with brine. For this salt solution, Packed in bottles or other containers, add directly to water while taking bath at home. However, using brine at home, you should strictly follow the instructions of your doctor or the manufacturer's recommendations to avoid adverse reactions such as Allergy.
Is the advice useful?
Подписывайтесь на наш канал