What spices, seasonings and spices are compatible with lamb

Preferences in the preparation of such meat as mutton vary: some people like to eat it in small pieces, the other on the ribs, and some roast. Accordingly, different and preferences in spices, seasonings and herbs that add to the lamb. But to know what to choose from, you need to navigate the variety of scented additives in the meat. 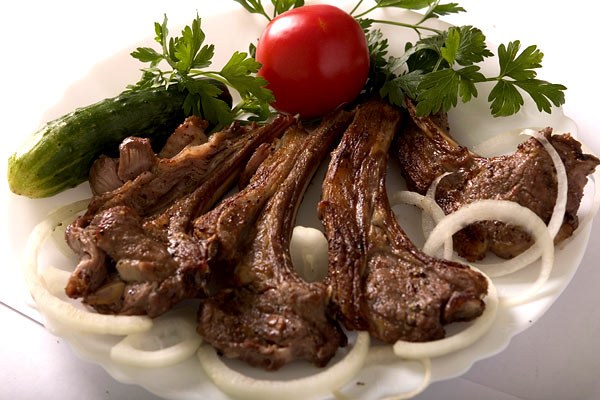 It would seem that such a simple ingredient like salt, is the subject of much debate and controversy among professional chefs using lamb in cooking. Some believe that it is necessary to add some salt the meat when it is grilled, and in any case prior to cooking in marinade. Do not salt lamb, as wood ash, which will fall on the meat during cooking, add some salt it will in a natural way. Others prefer to add salt before the cooking in the marinade, as in this case it would be better to interact with the marinade and play the role of a preservative. However, most chefs agree on one thing – when roasting lamb over charcoal is best not to use table salt, and sea.

As for the pepper, then for mutton in particular, and for meat in General is better to take several varieties of seasoning, and ground, and peas. Black pepper will inform the meat a unique flavor, white – best suitable for marinating lamb, as it is more delicate, red hot pepper dish will add a very bright flavor, and the green will make the lamb more tender. Suitable for this kind of meat and sweet ground paprika, which tells already cooked the dish a very savory crust.

Bay leaf, which some cooks believe rude herb, it is best to add in the marinade and pre-broken into small pieces.

Other additions to the lamb

When marinating this type of meat is just unique shades will give him Basil, oregano, tarragon, oregano or marjoram, sage, thyme and rosemary. The latter spicy herb considered could not be more appropriate to a gentle lamb. You can also use the above supplements in the marinade, as it is enough just to sprinkle them on hot coals.

As for spice mixes, it is best to cook any at home or buy a standard and universal Khmeli-suneli. The problem is that unscrupulous manufacturers often indicate on the package the correct part and inside it is placed a mixture in which, for example, red pepper be substituted for dried tomatoes.

Also combine perfectly with lamb onion, garlic, nutmeg (but in very small amounts), turmeric, ginger, cardamom, fragrant cumin and coriander. But you can experiment by adding to the meat a traditional Asian blend of spices that give the dish more variety.
Is the advice useful?
Подписывайтесь на наш канал