What to do when puppy won't eat

When in your house there is a puppy, you begin to understand what a sense of responsibility. Now you're responsible for that child were provided and, in the first place, was full. So if he doesn't want to eat, you surely will worry. 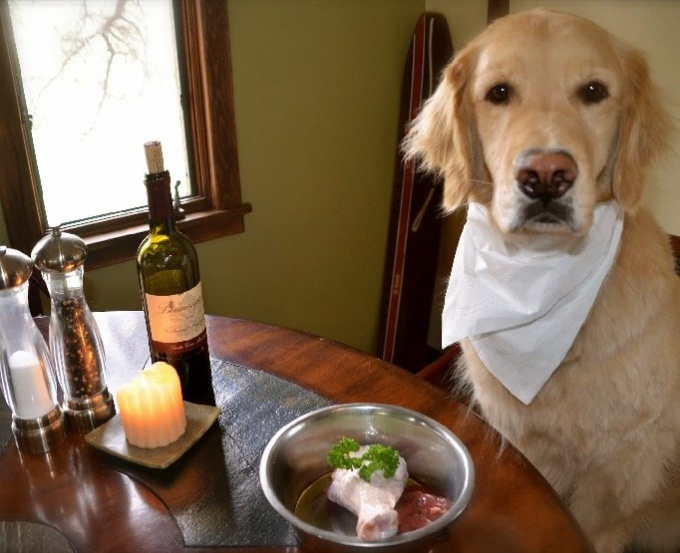 Related articles:
Instruction
1
If the puppy won't eat for the first time after having been brought into the house, call the breeder and to consult, what food to finish feeding puppies – maybe you just guessed wrong with the diet. In that case, when before that everything was fine and the puppy would always eating with appetite, should pay attention to his behavior. If it is sluggish, the nose hot and dry, it is more lies and his behavior changed radically, as soon as possible to show it to the vet - this might be the first signs of serious illness. The reason for the lack of appetite and may be worm infestation. The sooner you react, the better.
2
In some cases, the refusal of food is banal overeating. If you, as a loving master, constantly increase the weight portions of food you give the dog, but still not removed the bowl from feeding to feeding, the puppy may just cease to feel hunger. Feed it the right way. Before eating the puppy it is better to walk and on the walk to play with him outdoor games. Came home, put his bowl with the recommended amount to feed, overweight dog food do not need to give. Bowl with food should stand in the feeding place for no longer than 15 minutes if the puppy is hungry, this time it will be enough to eat all that you put. If he refused to eat, and even makes attempts to play with food, so he's not hungry and the bowl should be removed until the next feeding.
3
During the next feeding should give him the same food without changing its composition. When the puppy will eat what's in the bowl or at least part of the portions, it will be a signal for you to reduce the amount of spread in the bowl of food. Strictly follow the norm under this option, as the weight of the puppy and its age. The number of feedings also adjust in accordance with the age of the dog, gradually reducing them to 1-2 a half years.
4
Even small puppies can experience a limitless affection to family members. Therefore, the absence of some of them can also be a reason that the puppy refuses to eat. Prolonged depression accompanied by poor appetite, in some cases, can last from several days to weeks. But most often, the dog began to eat well enough for long walks and physical activity skip one or two feedings. Effective it may be and changing the diet or adding new products. Try to brew his usual porridge with other grains, add different vegetables, replace meat with fish and Vice versa.
Is the advice useful?
See also
Подписывайтесь на наш канал