Why do I get the venous mesh

Teleangioektasia - the so-called scientific vascular mesh, which neponaslyshke many women face.
The reasons for its appearance quite a lot. To get rid of red veins on the legs. The main thing is to choose the best method and to determine exactly why this problem you're having. 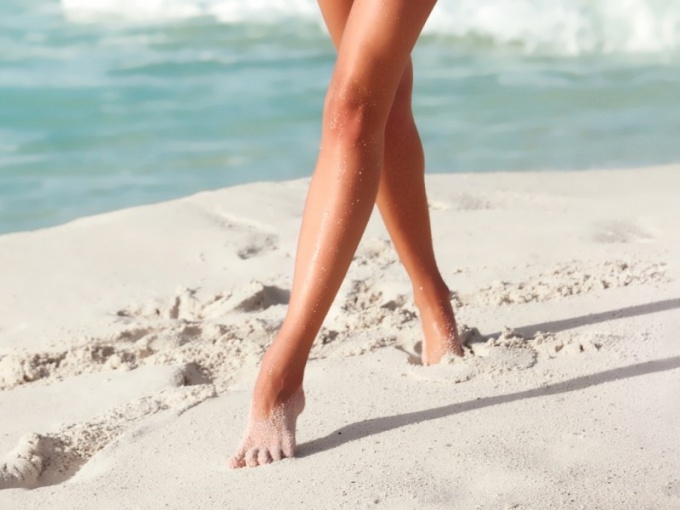 Related articles:
Venous mesh is an expanded network of subcutaneous veins. It can be multiple shades and colors - from red to blue. As for the shape, it can be a tree, and starry or spotted. An obvious example are the so-called port-wine stains. Localization of the venous veins varied - from the cheeks to any other part of the body. Most often this defect appears on the legs.

The causes of spider veins

The cause of the venous veins is quite simple: the veins swell due to various problems, their walls become weak and brittle and lose their elasticity. As a result, the surface of the skin appears a pronounced defect.

One of the reasons, which can occur the venous network on the legs is a hormonal imbalance in a woman's body. Female hormones affect the muscles of the vein walls, and also affect the unit of superficial veins. Veins that gradually expands, becoming more and more visible. Often varicose veins in the initial stage is found in the pregnant and just given birth women. This is due to the fact that in their body in a period of gestation of the baby, delivery and postnatal period there is a hormonal storm.

Also the condition of the veins is very strongly influenced by stress and not a very good environment. Heredity is another factor in the development of varicose veins. So if your family have mothers, grandmothers or aunts had problems of this nature, it is a reason to identify themselves to the risk.

Another factor influencing the venous veins is excess weight. Excess weight in General can have a detrimental effect. This is due to the fact that fat slows the metabolism, resulting in deteriorating blood circulation. In addition, increases the load on the feet, and the outflow of blood from the limbs slows down.

The cause of venous problems can be disorders in the liver, and increased blood viscosity. In the first case, metabolic processes are slowed down significantly, there is a fatty liver and increased weight. And the more the situation worsens, the more pronounced the grid pattern on the legs. With increased viscosity of the blood deteriorating blood flow to the heart from the periphery. Stagnation of blood in the veins, and this is a sure way to varicose veins.

Wearing uncomfortable and tight shoes also leads to the development of spider veins on the legs. Dress shoes, tight formation, high heel, too much platform - all the factors in the development of varicose veins.This happens because the weight is distributed on the foot wrong due to too much bending of the foot. As a result, all the burden falls on the calf muscle. In the blood vessels and veins because of this there is stagnation of blood and, as a result, you receive the venous fishnet legs.

Ignore the appearance of spider veins because it can easily lead to the development of serious diseases such as thrombosis, hemorrhoids and many others.

The emergence or strengthening spider veins on the legs is accompanied by a number symptom, not to notice which is quite problematic. Begin to press shoes appear dragging pain in the calf, etc. to get Rid of the venous mesh, regardless of what their cause. However, it is easier to eliminate them while they are small than when the mesh will turn into bulging veins. It is also worth remembering that if you do not remove the cause of these veins, they will appear again.

To prescribe methods of treatment and to determine the method of getting rid of venous veins can doctors. To do this you have to visit a gynecologist, endocrinologist and phlebologist.
Is the advice useful?
See also
Подписывайтесь на наш канал