"Do not cast pearls before swine" – this idiomatic expression is used when we want to say that we should not waste time trying to explain something to people who are not able to understand and appreciate. 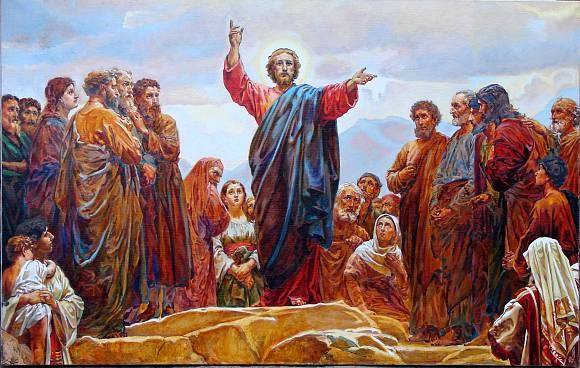 Related articles:
The expression "casting pearls before swine" comes from the Bible, more precisely from the gospel of Matthew. In his sermon on the mount Jesus Christ said: "do Not give what is Holy to dogs, neither throw your pearls before swine, lest they trample them under their feet, and, turning, rend you."

The expression "casting pearls before swine" came into Russian language from the Church Slavonic text of Scripture. In Church Slavonic the word "beads" had a different meaning. Now called small beaded beads in the modern world they come in glass, in ancient times, as a rule, was bone. But in Church-Slavonic language the word "bead" means the pearls.

Thus, the Savior was not talking about the beads in the modern sense, but about the pearls. Indeed, it is difficult to imagine a more thankless task, than to toss such a jewel before swine, expecting that animals will be able to appreciate it.

The meaning of the expression

This quote from the gospel, became a catch phrase, able to plunge into confusion. In Christianity, unlike the pagan religions (e.g. Egyptian), never had any "secret knowledge" available only to a narrow circle of the elect. And indeed the Christian faith is open to all people regardless of their ethnicity – no discrimination this religion knows. Therefore, it seems a strange comparison, some people with the "swine" before whom one should not throw the precious pearls – the word of God.

Such a comparison is clear to the Christian who has to communicate with reviewcollege and unbelievers. In the modern world in such a situation, is any Christian, even the monks have at least sometimes to deal with atheists.

The Christian, especially the person who found religion recently, there is a natural desire to share your joy with others, get them out of the darkness of unbelief, to contribute to their salvation. But there is no guarantee that others, even the closest people, including the spouse and parents perceive this desire with understanding. Very often, conversations on religious topics are unbelievers just an annoyance and more a rejection of religion.

Even if newusersonly person asks questions about the Christian faith, it is not always indicative of a true desire to understand something, to learn something. This may be caused by the desire to make fun of the man, see how he would cope with tricky questions. The Christian at such times that feels tired and empty, which is not good for the soul, as it leads to the sin of discouragement. The unbeliever will be to celebrate victory and confident of their rightness, he is also hurt.

It is from these conversations, warned his followers of the Savior, calling "not to cast pearls before swine." Of course, this does not mean that unbelievers need to look down, comparing them to pigs is a manifestation of pride, but to explain the word of God to a person who does not want to perceive and understand, not worth it.
Is the advice useful?
See also
Присоединяйтесь к нам
New advices