Harmful than the fire ants

Fire ants appeared in the kitchen, can cause not only the aversion of the household, but also cause serious harm. In addition, their appearance in the house carries a risk pet. 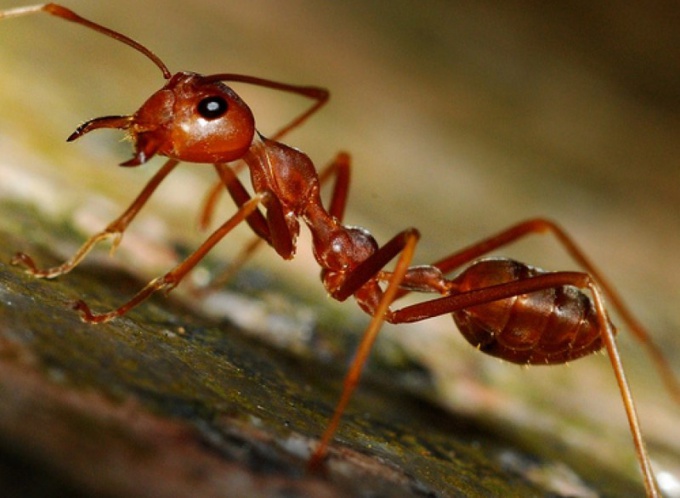 Related articles:
In order to feed the colony, the worker-ants daily care about finding a power source. Finding him, they leave invisible to the human eye, a trail that later with provisions for returning the other inhabitants of the nest. Sometimes this road is so big that can stretch several floors high house. And often, the ants create a nest very close to human food – in the house.

The history of resettlement

Fire ants belong to the mind of Pharaoh. This name gave them the Swedish scientist Carl Linnaeus who mistakenly believed that the homeland of the ants – Egypt.

In fact, their resettlement began in India in the XVI. Crossing with traders in sailing ships to other countries and continents, ants invaded the whole world. In Europe, the ants appeared at the end of the XIX century and in 40 years finally conquered the whole earth.

What is the danger of fire ants?

So the ant becomes a frequent guest in the kitchen and happily eats the remnants of food and found the remains of other insects. Nest quietly can be placed under the nearest baseboard, and far on the street outside.

Migrating between trash can and a sugar bowl, red ant becomes a carrier of microbes, eggs of worms and pathogens of dangerous infectious diseases.

The fight with the red ants

Get rid of ants be as early as possible, while on the trail of the first scouts in the house came running tens and hundreds of their fellows.

It is advisable to locate and destroy the nest if it is hidden within the home. Getting rid of old things, the maintenance of order and common cosmetic repairs or inspection of increase chances to get hold of in neighbors dangerous red ants.

The main way to destroy insects is the use of special chemicals, traps, baits, pencils and pastes. Such tools are safe for humans and pet, but do not leave the ants chance of survival.

Also do not forget about the effectiveness of boric acid: this poison works slowly, and usually the insects have time to bring it to its socket.

Even ants do not like the smell of vegetable oil, elderberry, mint, sage and garlic.

Danger, except the red ants, you can expect more from six species of these insects. Their winged female black sneak into the house, for example, through Windows or basement and can be carriers of salmonellosis, dysentery, typhoid and eggs of worms.
Is the advice useful?
See also
Присоединяйтесь к нам
New advices