How to play Minecraft together

Popular game "Minecraft" always involves someone in the ranks of its fans. Her loyal fans are attracted to her diversity of game task and a certain freedom in choosing the sequence of their execution. The gameplay is so immersive that many the joy of it will certainly want to share with someone of the friends. 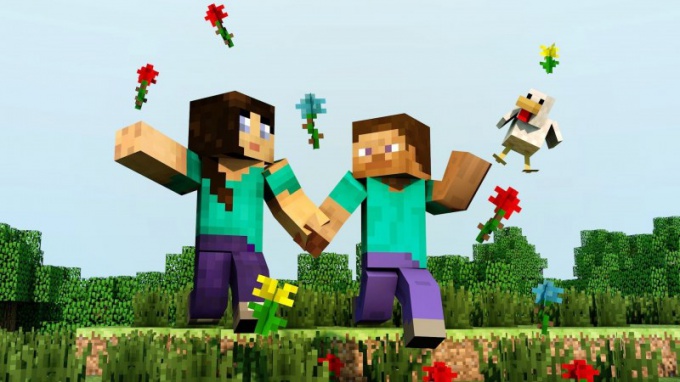 Related articles:
You will need
Instruction
1
If you decide to play your favorite game with a friend (or girlfriend), you only need two computer or laptop with installed Minecraft. The rest of the way to organize joint of the gameplay will depend entirely on the rest of your technical capabilities. In a situation when you have a network cable, connect them both to your computer and select among themselves which of them will play the server role. Run Minecraft.
2
After open game world, get out of that menu by pressing Esc. There, select the option that makes the map accessible to the network. Then set the world of "Minecraft" at will. Then the corresponding button, make the opening online games, and in any case do not close the program. Run on the same computer Minecraft again, but now go there under a different name. In the menu, click multiplayer. While the screen shows the IP and you will have to tell his friend to run gameplay already on his computer.
3
If the network cable you have, and take the time to purchase that reluctance, try to connect your computers virtual. For this there are special programs, and very often gamers use Hamachi. Download its installer for free from the website of its manufacturer. Install this software on each involved in the organization of a network of computers (so you can connect to a network game not a friend, but quite a lot). Open the "Hamachi" on the device that you have chosen as the server, and click on the appeared small screen start button.
4
Select in the menu the option to create a new network. Write in the opened lines of its identifier (invented name), a password and its confirmation. Copy this data and give it to a friend (they will need them for your own log on to the network in Hamachi). Then run Minecraft at himself, and when gameplay starts, go to menu and select open and games, and the world for the network. Remember the number of the port through which you are playing.
5
Open the "Hamachi" on the computer buddy, click on the menu button connect to an existing network and select their entering login name and password. Copy the IPv4 in any text document. Enter after the colon, without any spaces, the port number for the game you recorded earlier. Now let each open Minecraft, selecting a multiplayer game via a direct connection. In the right line he will have to write the resulting combination of IPv4 and port ID. Now log in and enjoy collaborative gameplay.
Note
Creating a desktop folder for your server, transfer the installer to it there and start the generation of the game world. Then, make the necessary settings via a text file server.properties. Write there the values of the parameters of complexity, preferred game modes, etc.
Useful advice
Optionally, create a private game server, downloading the installer for it from the official site Minecraft. Choose the version that matches your operating system: a file with the extension .exe is only for Windows, and .jar universal.
Is the advice useful?
See also
Присоединяйтесь к нам
New advices