Is it possible to go to Church in a month

The exact answer to this question, is it possible to go to Church during menstruation, no. The woman before you go into the Temple of God, it is better to learn about it from the rector of the Church, and all religious ceremonies to be postponed for another time. 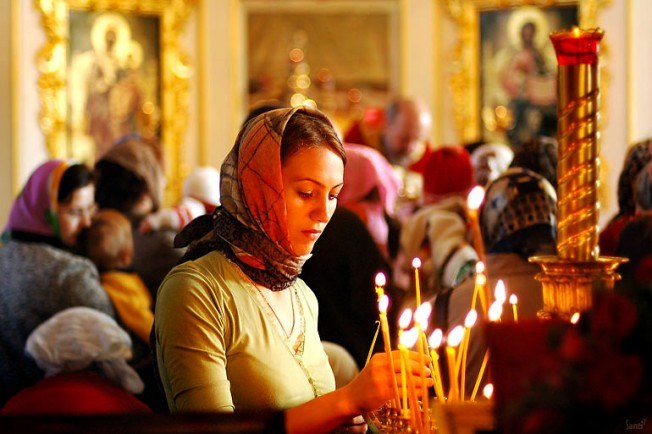 Related articles:
People go to Church to pray for the health and repose of their loved ones, for support of their faith, to ask for help from God or to thank him, to perform the sacrament of baptism or wedding. In Orthodoxy there is no strict restrictions on the Church. But for women, the question often arises whether it is possible to go to Church during menstruation? To get the answer, you need to contact the old and New Testament.

Is it possible to go to Church during menstruation?

In the Old Testament there is the determination of the purity and impurity of the body. The Church is not to go for a number of diseases and flow from the genitals. Consequently, during menses women should abandon the Church. But if we remember the New Covenant, even during menstruation one of the women touched the Saviour's garment, and it was not considered a sin.

The answer to the question can serve as the words of Gregory Dialogus, who wrote that a woman during menstruation can attend Church. It is created by God, and all the processes occurring in her body, natural, it does not depend on her soul and will. Period is the cleansing of the body, it can not compare with something unclean.

Modern priests have different answer to this question. Some are against going to Church during menstruation, while others don't see it as sinful, while others are allowed to visit the Church in the critical days, but were forbidden to participate in religious ceremonies and to touch the shrines.

Why menstruating woman is considered unclean?

In the period of menstruation a woman is considered unclean for two reasons: first, it is related to hygiene and dripping blood. When there was no reliable means of protection, blood was leaking on the floor of the Church, and the Temple of God is no place for bloodshed. Secondly, the uncleanness associated with death egg and its release during bleeding.

Now many clergy restrict the participation of women with monthly allocations in the Church life. Superiors do not prohibit to visit the Church, you can go and pray, but not to participate in religious rituals (anointing, confession, baptism, wedding, etc.) and not to touch the shrines. And this is due to the fact that the woman is dirty, and the fact that any bleeding you can't touch the Shrine. For example, this applies even to the priest, who had an injured arm.
Is the advice useful?
See also
Присоединяйтесь к нам
New advices