Why a person loses weight drastically

Fast weight loss is the dream of many struggling to lose weight, people. However in fact cause for joy a little. The fact that rapid weight loss is often a consequence of serious disturbances in the digestive system or a symptom of another, not less serious diseases. 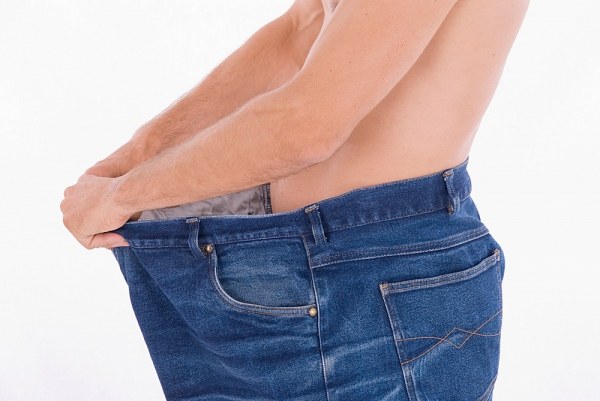 Related articles:
Instruction
1
All the possible causes of sudden weight loss can be divided into three groups: associated with acute or chronic diseases caused by energy deficiency or due to severe stress.
2
If you do not sit on a rigid diet, you need to seek the assistance of an endocrinologist. Often the cause of sudden weight loss in women is hormonal disturbance. The most common of them is associated with increased activity of the thyroid gland, called hyperthyroidism. Usually this phenomenon is accompanied by hair loss and brittle nails in the early stages, neglected diseases faces many benign and malignant tumors.
3
In addition, the reasons for weight loss can be graves disease and the malfunction of the adrenal glands. This is due to the fact that the active release of hormones speeds up the metabolism, which ultimately leads to weight loss.
4
A serious danger is the reduction in the weight associated with the destruction of its own tissues. Most often it is the result of diseases such as tuberculosis, cancer or HIV.
5
Possible causes of sudden weight loss can be depression, stress, and anorexia. It is not always connected with an obsession to lose weight, often, these violations were caused by serious personal problems to solve that without professional help is almost impossible.
6
A very common problem that cause rapid weight loss can be diabetes. Its symptoms are increased appetite, irritability, strong neurolaena thirst and weight loss. In addition, there may be dizziness and the smell of acetone breath.
7
Disruptions in the digestive system can also cause sudden weight loss. The abnormalities include impaired patency of the alimentary canal, disturbance absorbability in the stomach and small intestine. They can be caused by diseases such as hepatitis, pancreatitis, gastritis and peptic ulcer disease.
8
First of all, fast weight loss dangerous possible consequences. These include memory loss, serious digestive problems, the development of hypotonia, fragility of nails, hair and teeth, impaired kidney function, and swelling, stress, depression and subsequent obesity.
9
Avoid all negative consequences can be, if you consult with a nutritionist, endocrinologist and physiologist. Remember that no diet that involves fast weight loss, will not bring stable results, but only harm the body. So, before you radically change your usual diet, think about the possible results.
Is the advice useful?
See also
Присоединяйтесь к нам
New advices