Nicholas II Romanov, the last Russian Emperor, who took the Russian throne in a rather late age, 27 years. In addition to the crown of the Emperor Nicholas Alexandrovich got "sick" the country, torn by conflicts and contradictions. His life became troubled and heavy turnover, the result of which the abdication of Nicholas II from the throne and the execution of all his family. 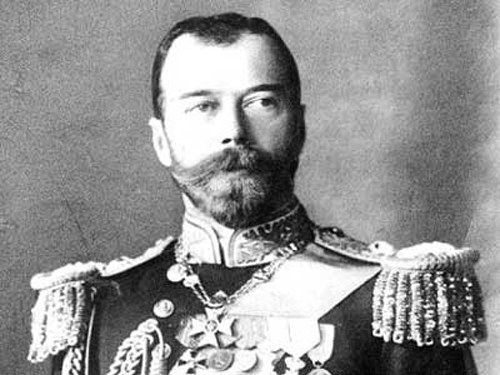 Related articles:
Instruction
1
To the abdication of Nicholas II led a series of events and turmoil that occurred during the period of his reign. His abdication on 2 March 1917-th year, is one of the key events that led the country to the February revolution occurred in 1917-m to year, and to the transformation of Russia as a whole. You should consider the mistakes of Nicholas II, which together led him to his own abdication.
2
The error first. Currently, the abdication of Nicholas Alexandrovich Romanov on the throne of all perceived differently. It is believed that the so-called "Czarist persecution" was started in the festive celebrations on the occasion of the coronation of the new Emperor. Then, on Khodynka field was one of the most terrible and cruel hustles in the history of Russia, which killed and wounded more than 1,5 thousand civilians. Cynical was recognized by the decision of the new Emperor to continue the celebrations and to give the evening a ball at the same day, despite the incident. This event has forced many people to speak about Nicholas II as cynical and heartless person.
3
Second error. Nicholas II understood that in the management of the "sick" state, something had to change, but chose not the methods. The fact that the Emperor had gone down the wrong path, hasty declaring war on Japan. It happened in 1904, the year. Historians recall that Nicholas II was seriously hoping for a quick and with minimal losses to deal with an enemy, thus awakening in Russian patriotism. But it was his fatal mistake: whereas Russia suffered a humiliating defeat, lost and Far South of Sakhalin and the fortress of Port Arthur.
4
The third error. A major defeat in the Russo-Japanese war were not left without attention of the Russian society. Across the country swept by protests, unrest and rallies. That was enough to hate the current tops. People across Russia demanded not only the abdication of Nicholas II from the throne, but also the complete overthrow of all monarchy. Discontent was growing every day. In the famous "bloody Sunday" January 9, 1905, the year the people came to the walls of the Winter Palace with complaints of unbearable life. The Emperor at this time in the Palace was not – he and his family vacationed in the homeland of the poet Pushkin in Tsarskoye Selo. That was his next mistake.
5
It is "convenient" coincidence (there is no king in the Palace) have allowed the provocation, which is prepared in advance of the event the people's procession - the priest George Gapon, to take over. Without the knowledge of the Emperor and, especially, without his orders, he opened fire at peaceful people. That Sunday killed women, old men, and even children. This provocation has forever killed the people's faith in Tsar and Fatherland. Then was shot more than 130 people, and several hundred wounded. The Emperor, hearing of this, was not a little shocked and overwhelmed by the tragedy. He knew that antiamnesty the mechanism is running, and there is no turning back. But the error of the king is not over.
6
Error fourth. In such a difficult time for the country, Nicholas II decided to get involved in the First world war. Then, in 1914-m to year between Austria-Hungary and Serbia started a military conflict, and Russia decided to act as the protector of small Slavic States. This led her to a "duel" with Germany, declared war on Russia. Since then Nikolaev country was fading before his eyes. The Emperor did not yet know that paying for all that not only his abdication, but also the death of his entire family. The war dragged on for years, the army and the entire state was extremely dissatisfied with such foul tsarist regime. The Imperial government has actually lost its power.
7
Then in Petrograd a Provisional government was installed, consisting of enemies of the king – Milyukov, Guchkov and Kerensky. They pushed Nicholas II, opening his eyes to the true state of Affairs in the country and on the world stage. Nikolai could no longer bear such a burden of responsibility. He decided to abdicate. When the king did this, his whole family was arrested, and after some time, executed along with the former Emperor. It was the night from 16 to 17 June 1918. Of course, no one can accurately say that if the Emperor changed his views with respect to foreign policy brought the country to handle. What happened, happened. Historians can only speculate.
Is the advice useful?
Присоединяйтесь к нам
New advices