Where is the screenshot button on the keyboard

The computer screen, which is often referred to simply screenshot is a handy way to save information. To create it, on the keyboard there is a special key. 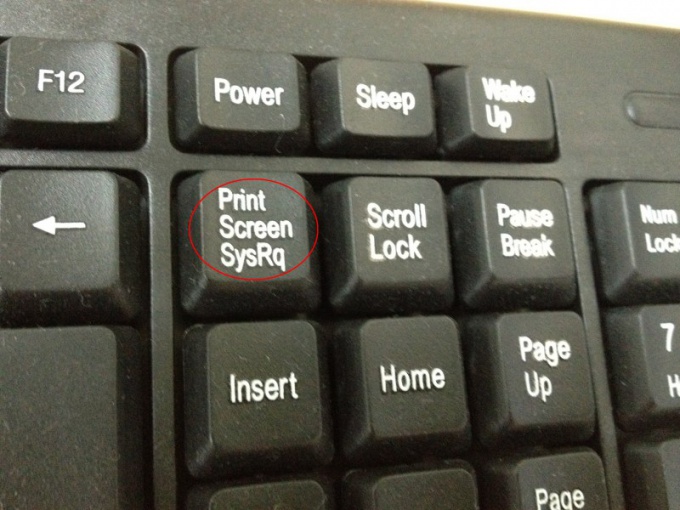 Related articles:
The word "screenshot" is an almost accurate Russian transcription of the English word screenshot, which can be translated as "the screen".

The use of the screenshot

A screenshot is an exact screenshot of the user of the computer, which reflects its current status at the time of snapshot generation. Thus, it will be recorded all open at this time window, current time and other elements that appear on the screen.

The necessity of formation of such a snapshot may be due to various reasons. For example, the user wants to save text information that is displayed on his screen at the moment. In addition, the screenshot can be used as a way of saving graphic images, which in the future may need.

This instrument is often used as a way of passing information from one user to another. So, maintaining the screen in picture quality, you can forward it to a friend or colleague via email or using one of the popular messengers to share some interesting picture or text. Also a screenshot is often used in a remote system administration when, in order to inform the technician exactly what the problem is, the user takes a screenshot and sends it to him.

Strictly speaking, the screenshot can be called any screen shot, including one that can be obtained by using external recording devices such as camera or mobile phone. However, this method of obtaining screenshots, users resort often because the keyboard is a standard format there is a special button to create them.

This button on the keyboard is commonly denoted by a combination of letters PrtScr, which is an abbreviation of the English designation of the considered function - Print Screen is Print screen". To find it simply: it is located above the arrow keys. There is a block of nine buttons in the upper left corner which is a button PrtScr. Below it is the Insert key, and right button is Scroll Lock.

The location of this key on the laptop is usually different from that described, since, in order to save space, their keyboards most often have a reduced set of buttons. Therefore, such a device can be found in the top row of keys in the right part of the alphabetic section of the keyboard. On the left there is a key denoting the direct and oblique dividing line, and on the right is the Pause button.
Is the advice useful?
See also
Подписывайтесь на наш канал