How to kill all the mobs in Minecraft

Player in Minecraft constantly during gameplay surrounded by different creatures and mobs. These can be animals that are neutral to the gamer create or hostile monsters, which he must kill, otherwise, they will threaten the life of his character. However, sometimes situations arise that require the destruction of all present in the game at a specific point in mobs. 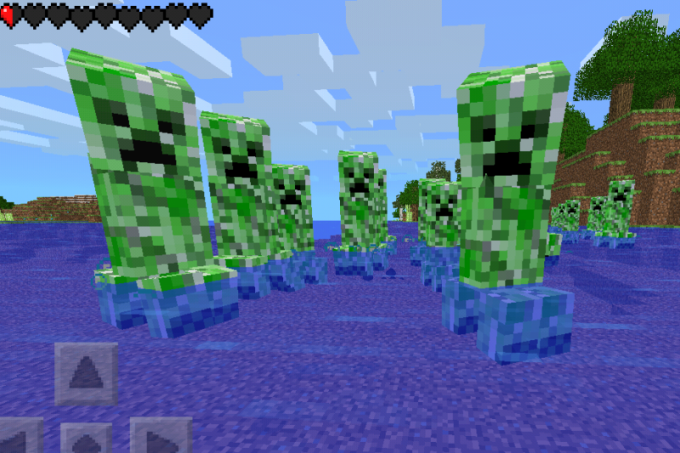 Related articles:
You will need
Instruction
1
If in your game world started too intensively spaunit'sâ various mobs, because of what the gameplay was a pain, so think about exactly what might trigger this phenomenon, and based on its causes such as times and plan the next steps. For example, if you overdid the plane of the space, reconfigure the game a bit. When the world is too flat, that in itself provokes the appearance of different creatures in considerable quantity. Because change its setting accordingly, and the "extra" mobs will stop appearing.
2
Use also another method of getting rid of zapounidis in excess of creatures, switch to peaceful difficulty of the gameplay. Then many of them will disappear by themselves. After waiting some time, return the game to the same level of complexity, which stayed in it earlier. However, remember that this path will be the salvation solely from a surplus of monsters. When there is a multiple spawn Pets, none the above switch will not be an obstacle for the continuation of these unfavorable phenomena.
3
When you play on the server where you installed the plugin WorldGuard, theprivate a certain area. This is done by allocating a wooden axe two extreme points of this region and name it using the command /region claim (then after a space follows the name of the owner of this piece of the play space). Later, when the territory is already supremacey, install it certain rules - including with respect to various mobs. Especially help you with the command /rg flag and then through the spaces the name of the region and spawnmob deny. This will prevent the appearance of different creatures only zapryazhennoy the region - the rest of this prohibition will not apply.
4
On certain servers (for example, a very popular Bukkit) use the WorldEdit plugin allowing to produce certain changes in the game world. There are there option /butcher will help to destroy all entities of any variety. For example, if you enter this command without any additional signs, slew monsters. Additional notes in the form of -p will kill all Pets of a master-and - animals-g - Golems, n - villagers NPC and l is even, and the zipper on them will call.
5
Install on the server (or, if you are the administrator, have authorized these people to do this) a special plug - in Kill all mobs. It is designed specifically for the destruction of different kinds of creatures in situations where manual their elimination is actually difficult, but a necessity in it. Typing /kamh you for a moment will kill hostile mobs in the virtual Playground as /kama circulate such actions only on Pets. Everyone, including the villagers, you eliminate team /kam.
Note
One of the most radical ways of getting rid of "overpopulation" of the game world - the reinstallation of a particular region. However, try to eat associated with this command //regen only in exceptional cases, since then many actions will have to produce again - and almost from scratch.
Useful advice
One of the WorldEdit commands will surely be of your liking. It sounds like /to remove (followed by an indication of the specific type of entity and range of the team), and with it you can destroy in a given area of creatures of a certain sort.
Is the advice useful?
Подписывайтесь на наш канал