Is there an egg with no yolk

Formed the egg of a bird consists of a yolk, protein, shell and thin shell. The share of protein typically accounts for about 64% of the liquid contents of eggs and yolk - 36%. However, the latter is not in all eggs. 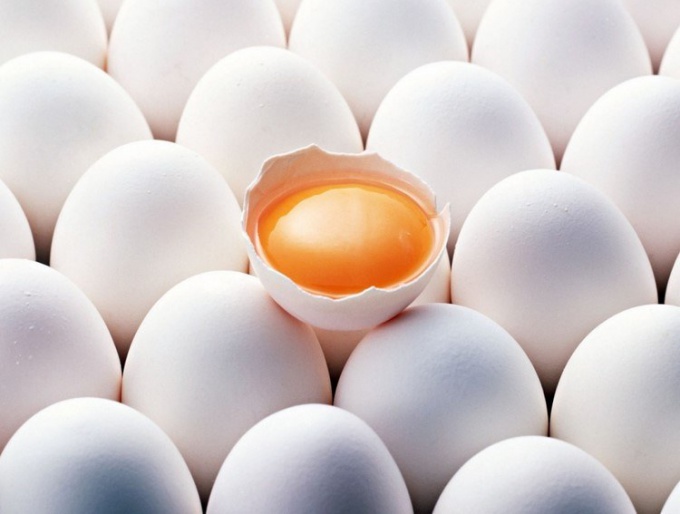 An egg without the yolk

Chicken eggs without the yolk do occur but not as often. On sale they not do that, so many just do not know about the existence of such anomalies in the structure of the eggs. It can appear in the case where the yolk falls into the abdominal cavity of the chicken, and a bunch of protein at this time enveloped in a shell. These eggs can always be recognized by their appearance: they are distinguished by their extremely small size.

This situation is a symptom of hormonal disorders in laying hens. They can be caused by stress, poor content, and an unbalanced feeding and a large density of birds.

There are situations when the yolk in the egg bursts and evenly mixed with the protein. The yolk in this case is not visible, but it is not considered a pathology, in contrast to the first case. Naturally, these eggs for incubation also become unusable. However, they can be safely eaten, no harm to the body they will not do.

The most frequent anomaly is the other extreme - mnogozadachnosti, which is characterized by the presence in the same shell two or more yolks. There may be three, four and even ten. These eggs can be of normal size or be a little larger than usual. Mnogozadachnosti is not in itself a sign of quality, while some piously believe that the more egg yolks in the egg, so it is useful. Some manufacturers even create certain conditions for laying hens that laid eggs with two yolks.

Meanwhile, this pathology also tells about hormonal failure in the body of a bird. The nature of mnogozadachnosti exactly the same as the birth of twins-triplets" people. It occurs when the body laying hens straying from the normal rhythm of egg ripening.

In healthy poultry new egg begins to Mature approximately half an hour after the previous clutch. Patients layers the process is broken, in the end, the two eggs begin at the same time to move through the genital tract, and clothed with a total shell, and a protein shell. For incubation mnogozhilkovye eggs are also unsuitable.

Usually eggs with multiple yolks are Mature or too young hens. The latter is usually occurs due to the fact that their reproductive cycle is still not really established. The ability of birds to lay eggs with abnormalities of the yolk can be inherited.
Is the advice useful?
See also
Присоединяйтесь к нам
New advices