Ureaor carbamide is full amide of carbonic acid, a product of protein metabolism in animals and humans. Consists of colorless crystals, easily soluble in water, liquid ammonia, alcohol, sulfur dioxide. Urea was discovered by the French chemist Roblem in 1773. 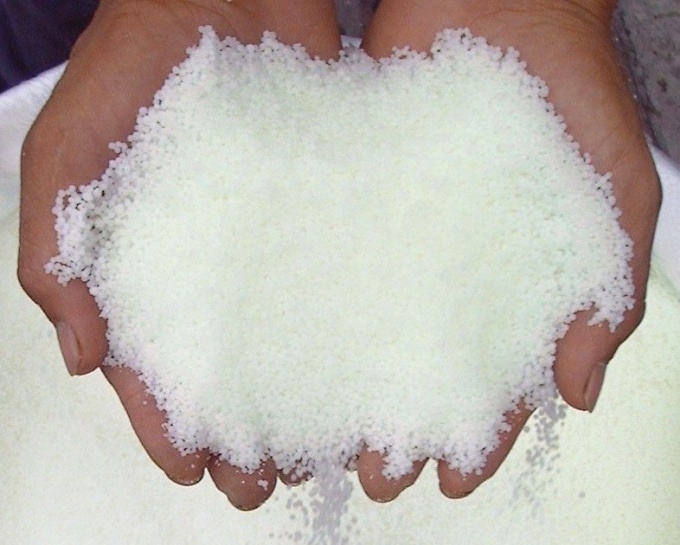 Related articles:
In its composition it is an organic compound, but refers to mineral fertiliser. Urea (carbamide) — the end product of protein metabolism. It contains blood, muscles, saliva, milk and other fluids and tissues. Urea is involved in the regulation of water metabolism in animals - supports gipertoniceski tissues and ensures their hydration. From the body excreted by the kidneys, sweat glands. The content of urea depends on the amount of protein in food, the level of decay. During physical work, diabetes, elevated body temperature, impaired kidney function, the urea content increases. Urea level in human blood in norm - 2,5-8,3 mmol/l In the industrial production of urea is synthesized from carbon dioxide and ammonia. It finds wide application in the national economy. Urea is the source material for producing urea formaldehyde resins, tiantou, hydrazine, cyanuric acid, certain dyes, hypnotics (veronal, luminal). In medicine it is used as a dehydration agent in edema of the brain. Urea is a popular nitrogen concentrated fertilizer. It contains maximum amount of nitrogen is up to 46 percent. Urea is produced in granular form for better distribution in the treated area. It is used as dopamine fertilizer for fertilizing many crops. In addition, urea is used as food additives, for example, in the manufacture of chewing gum.Urea is widely used in cosmetology. It helps to bind moisture in the skin, heals wounds, reduces inflammation. It is a harmless moisturizer, antiseptic and deodorizing component. Urea is included in creams for dry, aging skin, is used in lotions, shampoos, hair dyes, antiperspirants, toothpastes.
Is the advice useful?
See also
Подписывайтесь на наш канал