How many changes undergone by the Constitution of the Russian Federation

The Russian Constitution was adopted by popular vote 12 December 1993. The President then was Boris Yeltsin. During his reign, up to 2000, major amendments to the Constitution were made. Significant changes in the main document of the country was introduced in 2008. 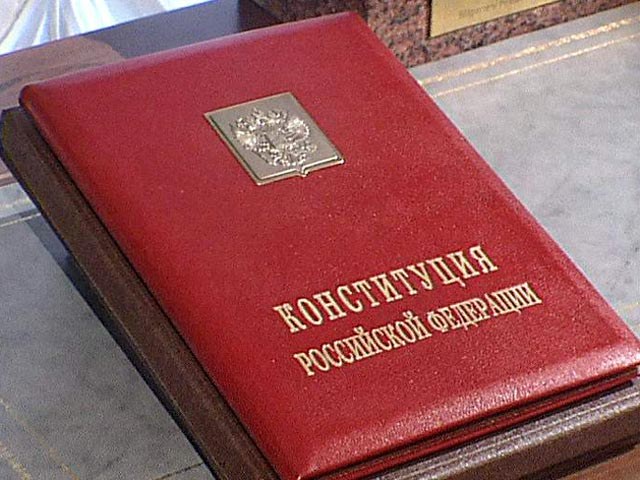 In 2004, Perm oblast and Komi-Permyak Autonomous Okrug were United in one Federation and became the Perm region.

14 Oct 2005 the Taimyr (Dolgan-Nenets) Autonomous Okrug and Evenk Autonomous Okrug, was excluded from the Constitution. These two districts were included in Krasnoyarsk region.

Taimyr Dolgano-Nenets Autonomous Okrug until January 1, 2007 though was part of the Krasnoyarsk region, but, nevertheless, was an independent subject of the Russian Federation. The merger of the Krasnoyarsk territory of the two Autonomous regions took place according to the results of the referendum, which was held on 17 April 2005.

Enterprises of constituent entities of the Russian Federation continued in 2006, when instead of two items of Kamchatka oblast and Koryak Autonomous Okrug, in the Russian Constitution appeared the name of the Kamchatka Krai.

Zabaykalsky Krai was formed through the merger of Chita oblast and Agin-Buryat Autonomous Okrug. Appropriate changes to the Constitution were introduced on 21 June 2007.

In 2008, speaking with a Message to the Federal Assembly, Russian President Dmitry Medvedev proposed to amend Russia's Constitution a number of amendments, which are then long discussed in the community. Medvedev proposed increasing the presidential term from 4 to 6 years, and the state Duma from 4 to 5 years.

In addition, he also proposed a constitutional to oblige the Russian government to make an annual report to the state Duma about the real results of their activities and to answer questions raised by the State Duma.

These amendments were ratified by the lower house of Parliament, and came into force on 31 December 2008.

7 Oct 2013 Russian President Vladimir Putin submitted to the state Duma a draft law on the amendment of the Constitution, which would have allowed the merger of the Higher arbitration court and the Supreme court, and expanding the powers of the RF President on the appointment of prosecutors. These amendments were adopted and entered into force on 6 February 2014.

July 21, 2014, an amendment to the Constitution that allows the President of the Russian Federation to enter the Council of Federation of up to 10% of designated representatives.
Is the advice useful?
Присоединяйтесь к нам
New advices