Russian poet and composer who founded the music group "Gaza strip", Yuri hoy left early from life, and died in 35 years. The circumstances of his death still does not cease to excite fans, because a lot seems rather strange... 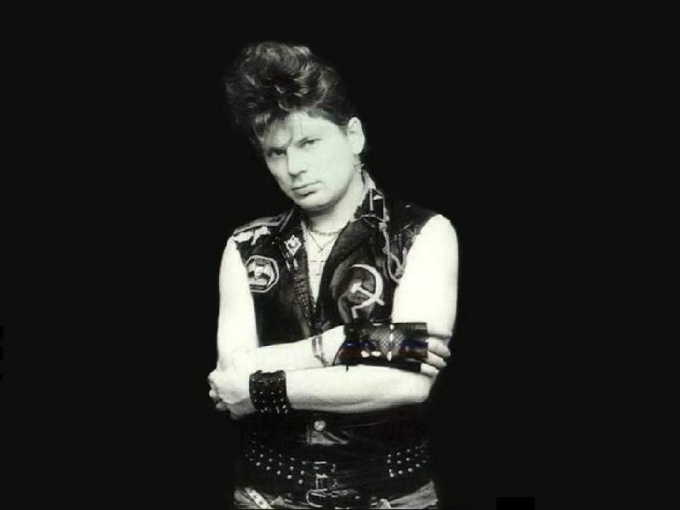 Biography of a rock musician

Real name Yuri hoy - Klin, he was born in Voronezh, in the family of workers of the local aircraft factory. According to the recollections of childhood friends and acquaintances who would become the leader of the Gaza strip" at school had not been very diligent, often getting three. But from early childhood the boy began to reach for the irresistible music, and the first poetic experience he got under the influence of his father - Nikolay Mitrofanovich he wrote poetry, some of which have been published.

In 1987, Yuri debuted in public, addressed the club with a few of his songs. Some time later, it was assembled and the first part of his group, once dubbed "the Gaza strip". About the same period, Klin began to increasingly use the pseudonym "hoy", defeating his trademark cry, so well known to fans at the concert performances of group. The band's popularity grew, but Yuri klinskikh continued to work on the factory, the loader is music him serious profits is not brought, and record the group dispersed multiple copies of the crafts far beyond Voronezh.

Even in the 1990-ies, when the group finally achieved widespread popularity, hoy was not a rich man in the country in those days flourished "piracy", the number of sold licensed discs barely amounted to 1 % of the total media purchased by fans of the band. Starting to tour in the CIS, the author was forced to create a more restrained texts, but most people continued to associate "the Gaza strip" with obscenity and unbridled behavior. However, one of the rockers of both Russian and foreign it would be confused?

The early death of a star

Yuri hoy died on 4 Jul 2000 in Voronezh. The life of Soviet and Russian rock musician was interrupted at the peak of creative activity on this day hoy had planned to shoot another video. As later recalled by his friends and colleagues, there was nothing to indicate that Yuri felt bad or afraid of something.

However, later the information spread that the artist had a premonition of his death - choosing songs for his latest album, "Hellraiser", he insisted on the inclusion of "Demobilization". According to colleagues hoy was afraid that I would not live to record his next album. Do not stop to question the fans and hearing one of the songs of hoy, where he sang: "the Gaza strip — not here to live to see forty." The question arises, did the artist knew about his early death or not prophesied it?

There are several versions of the death of the artist. According to one of them Yuri hoy died of a heart attack - the body simply could not sustain the loads associated with the intensive creative activity, combined with the known attributes of the life many rock musicians. According to others, according to sources close to the entourage of the singer, Hoi recently suffered from hepatitis, however, did not cease to use drugs that could lead to his early death. About this in his interview and tells ex-wife of hoy - according to Galina, his new passion is specifically taught him to drugs to "near a keep".

Unfortunately, it is known only one true circumstances of his death are still shrouded in mystery.
Is the advice useful?
See also
Присоединяйтесь к нам
New advices