What's bad for Russia of Ukraine's accession to the European Union

Ukraine shall declare their desire and readiness to enter the European Union. And although the EU is even theoretically not promise Ukraine this possibility, in the case of implementation of this variant as Ukraine itself, and Russia will be confronted with numerous difficulties, primarily economic. 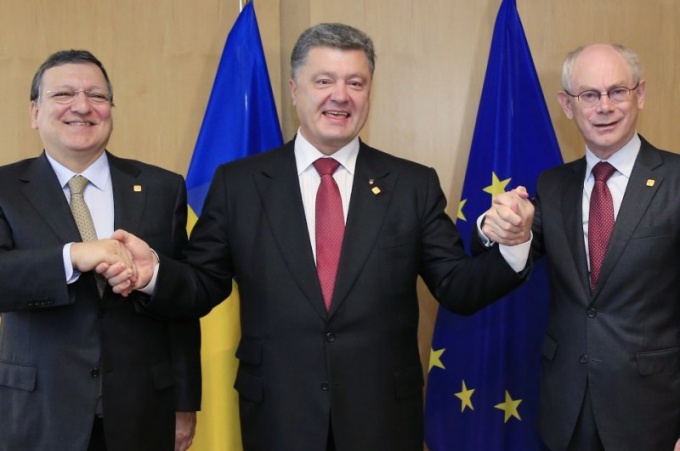 Related articles:
You need to be aware that the vast majority of EU countries oppose the accession of Ukraine. Even Turkey, for many years an important trading partner of the EU and wanting to join it, hardly ever wait for such an offer. It is no coincidence that some Western politicians with a bit of cynicism claim that Ukraine could join the EU immediately after the accession of Turkey. That is never.

The economic consequences of Ukraine's accession to the European Union

And yet what would it mean for Russia such entry, if it ever will be? At the end of June 2014 Ukraine signed with the EU an Association agreement with the EU. Note that the Association with the EU is not EU membership, but simply the establishment of closer political and economic ties. It should be noted that the Association agreement with the EU pushes Ukraine truly onerous conditions – not by chance ousted President Viktor Yanukovych declined to sign the agreement. For example, in his text there is a clause according to which Ukraine will be forbidden to sell meat, bacon, butter and milk produced in households. This means that Ukrainians and Russians will lose their natural Ukrainian products. Very soon the residents of Ukrainian villages, in practice, will feel that they brought the Association with the EU.

And such moments very much. If the agreement is signed, Ukraine will automatically lose the Russian market – at least because Ukraine will apply the European rules and regulations, including clean technology. For most enterprises of Ukraine, oriented to the Russian market, it will be a disaster. Nothing good will not bring it and Russia, because Ukrainian enterprises produced a large amount of Russian products. For example, most engines, to be installed on Russian helicopters are produced in Ukraine. Already now Russia has urgently to increase the production of helicopter engines in their enterprises.

The rupture of relations with industrial enterprises of Ukraine will be Russia's most painful moment. To replace the Ukrainian industrial production, can take years.

Political aspects of Ukraine's accession to the EU

If Ukraine joins the EU or will get a different status, contributing to the rapprochement with Europe, for Russia is one of the most negative aspects can become the subsequent entry of Ukraine into NATO and the approach of the troops of this military unit directly to the Russian borders. Although after the return of Crimea to Russia, this perspective seems less dangerous, it still very unpleasant. Therefore, Russia tries to do everything in her power to minimize the possible negative consequences of the rapprochement between Ukraine and the EU.
Is the advice useful?
Присоединяйтесь к нам
New advices