Habits of cats and their value

Cat habits are very diverse. Sometimes they smile and sometimes bewilderment of the hosts. After reviewing them, it's easy to understand what you want to tell your pet - for example, lashing his tail or lounging in front of you on the back. 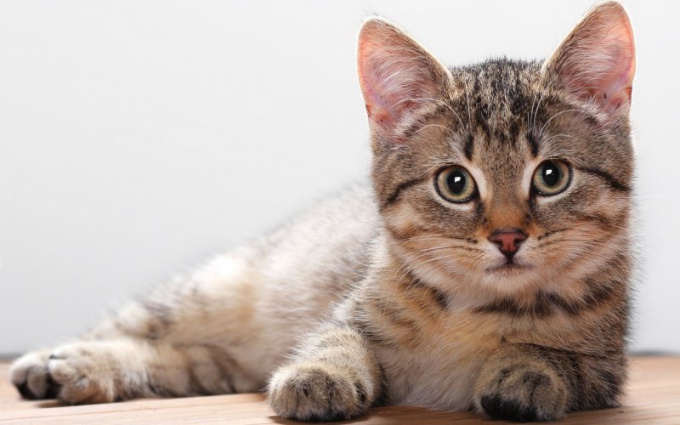 If you own a feline, you've probably noticed how sometimes the animal is shaking the tail. Does that mean that you want to Express a cat that gesture? It turns out, the shake a tail signal to the owner that it is in strong irritation. If the tail is a pipe, it also means a strong nervous stress and excitement of your pet. To calm your pet, protect it from irritants calm Pat the cat on the back, gently talk to her.

In the case when the cat waving tail, and you want to understand what they want to Express by this gesture, worth a closer look to the character they produce movements. If the animal is going to make the leap, flapping his tail saying that the cat is so poised, holds the balance. And if your pet hunts, whether for real or playing and wagging tail when you do this, you know, so she tries to distract their prey to disorient her.

What is the meaning of the gesture, when the tail of your pet makes a smooth strokes from side to side? Don't worry, the cat expresses its satisfaction. If the tail of your pet nervously swinging back and forth, you know, she's upset and maybe even feels a sense of anger.

Other habits of cats

When a cat rubs on you or the furniture with his head and, in particular, the lateral part of the chin – she's marking territory. The spread of feline fragrances, often elusive smell of people, facilitated by special glands located around the mouth and forehead of the animal.

The higher the degree of manifestation of life satisfaction in the cat – pose, when the animal lays on its back showing you its tummy. The animal shows its full confidence in you, because the abdomen is the most vulnerable part of the body of the cat. While in this position, the dog may invite you to his caress, arching his back and playfully pulling legs.

If the cat arched its back arc, hisses and snorts, so the risk is there and it tries to defend itself. There is an opinion that in this way it mimics pet snakes. Close fixed gaze of a cat, sent to your eyes are the eyes of the competitor. It can be used by the animal in a situation when you scold him. If the cat looks away – she surrenders.

In cats there are many different habits, some of which are characteristic of most representatives of this family, other individual and depend on the characteristics of each individual animal. If you want to learn to better understand your cat more often, watch her, talk to animals, using different tone of voice. Do not forget from time to time to encourage and pamper your cat and very soon it will become your most true friend.
Is the advice useful?
See also
Присоединяйтесь к нам
New advices