What is the starter?

The starter is a critical element of the car. On his shoulders rests the main problem - the engine is started. But, like any DC motor, the starter has a high reliability. Sometimes it fails, so need repair or replacement. 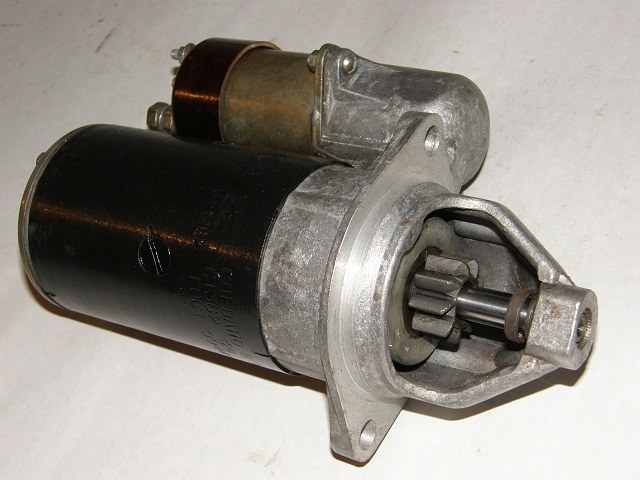 Related articles:
Doesn't seem to think about how to operate the vehicle system. Until then, unless something goes wrong. And that something often turns out to be the starter, which is designed to start the engine. Most often it breaks the mechanical part, a little less electric. In order to diagnose and repair, it is necessary to know the working principle of the starter and its main components. And a small, though General, knowledge of electrical engineering, will be useful. So what are some of the basic units is the starter and why it works only when you turn the key to stop?

The device and principle of work

The starter is a DC motor, it has two windings (rotor and stator). The rotor winding is designed to create electromagnetic fields, without which it is impossible to move. Around the rotor creates one a magnetic field around the stator – field, he opposed. It turns out that the second one pushes and drives the rotor of the motor. That is, if to describe in simple and accessible language.

The stator winding is stationary, a voltage is applied to it is quite simple. But the rotor is the movable part, so you have to use brush Assembly. The voltage across the brushes is supplied to the lamella on the collector, and further the rotor winding. Brush unit is the most vulnerable part of the starter, since it consists of copper and graphite. Material like this that wears off quickly, so the brushes need to be replaced.

The Bendix is an element which serves to transmit movement from the rotor of the starter to the flywheel. It consists of overrunning clutches, gears and forks. The coupling provides mechanism to rotate in only one direction. The plug connects the retractor relay and the Bendix. With its help, there is a movement gear with a freewheel on the rotor. You can find two designs of starters. The speed in which the planetary gear and the rotor of the motor and the final shaft is not solid. And simple design in which the shaft is solid from beginning to end.

The fault often happens when the starter spins, but the flywheel is not driven. While audible extraneous metallic sounds, screeching. This suggests that the crown on the flywheel is worn and requires replacement. It is worth noting that cranking the crankshaft a few inches, the starter catches and the car starts. To repair you will need to remove the gearbox and change the crown. In extreme cases, it can be easy to turn, as it wears out to the middle.

But if the starter is spinning, but the movement is not transmitted, with no extraneous sounds, and cranking the crankshaft will not start the engine, then the overrunning clutch. Remove the starter, disassemble it, and check the clutch. If it rotates freely in both directions, then immediately replace it. Usually the clutch comes in a single design with a fork and the gear.

But in case you do not hear a click retractor relay, it is possible to judge that there are two breakage. The most innocuous is a dead battery, so not enough current to attract the armature. If the battery is charged, the fault in retractor relay. Or burned out coil or contacts have burned and no longer conduct electricity.
Is the advice useful?
Присоединяйтесь к нам
New advices