Both died of Sergei Bodrov

Tragic death in 2002 very well-known and beloved in Russia actor, Director and screenwriter Sergey Bodrov cast his numerous fans in indescribable grief. His death was so absurd and unexpected that many still continue to believe that he's still alive. 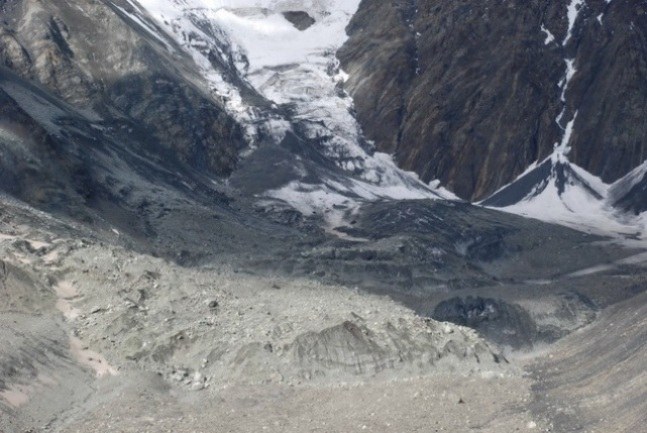 Related articles:
Sergei Bodrov, tragically passed away on the off his career. By the time of his death, he managed to star in lead roles in several films and Express themselves as talented film Director and screenwriter. And, perhaps it is symbolic that his death occurred during the filming of another movie.

There were no signs of trouble

That serene September day in 2002 for a film crew of Bodrov was a normal working day. That's just Sergei, according to his widow, Svetlana, was very sad. He longer spoke to her on the phone as if had a presentiment of trouble.

About 6-30 a.m. a group of Bodrov minibus "the Gazelle" went from Vladikavkaz to the mountains to the place of shootings. About eight in the evening, due to bad light, the work was discontinued. People began to collect the equipment. At this time with rocks on the mountain Jafri broke down a huge ice block and collapsed onto the Kolka glacier. And he began a rapid movement through the gorge, sweeping away everything in its path. This glacier is completely covered Karmadonskom gorge, where just at that time, had intended to leave the group Bodrov.

Incredible version of the tragedy

Almost immediately after the tragedy in Karmadonskom gorge a huge number of the most incredible versions of what happened.

First that the members of the crew Bodrov still alive, believe their friends and relatives. For this there was a real justification. Bodrov and his colleagues could take refuge from the elements in a mountain tunnel that was in the gorge. Some provisions they had, and therefore had the opportunity some time to live under the landslide. Another thing is that to get to the saving of the tunnel had a year and a half and nothing but remains of wild animals rescuers have not found.

Brand sure that the members of the group Bodrov alive to this day and local elders mountaineers. Their mystical tradition, in the mountains, you can meet the whole inhabited village of the ghosts, which are people who took to the mountain itself, for example, considered dead climbers.
Some believe that the death of Bodrov is closely connected with his character in the film "the Messenger", which was filmed in Karmadonov. The hero of this at the end of the film dies and the death of actor associated with a mystical coincidence.


There is a version that Bodrov killed the angry spirit of Genghis Khan. They say that the spirit of the great conqueror couldn't forgive the idea of Sergei's father to make a film about the mighty Mongol Khan.

There are plenty of these hypotheses. That's just believe in them for most mentally healthy people is not possible.
Is the advice useful?
Подписывайтесь на наш канал