What happened with Sergei Bodrov

Sergei Bodrov is best known as the actor who played the main roles in the acclaimed films "Brother" and "Brother-2". In all his life he had to act as a Director one time, releasing the film "Sisters". Shoot your second film Sergei was prevented by the glacier. 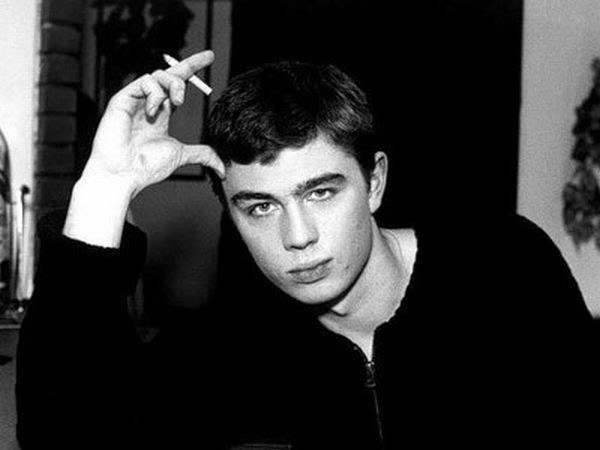 Bodrov, Sergey Sergeyevich was born 27 December 1971 in the family of the famous Director and critic. In the childhood Sergey did not differ practically nothing from their peers, perhaps that was a little more independent than his classmates. He loved to be alone and in his solitude had found happiness. Sergei studied at school with advanced study of French language and wanted to enter the film Institute.

However, admission to the faculty of directing of Sergei dissuaded father, explaining that cinema is a passion, and if not, then better not to start. Apparently, this formulation gave Sergei, because he deliberately rejected the attempt to storm the University and went to the history Department of Moscow state University to study art history.

The art of Sergei became interested for real, graduated with honors, enrolled in graduate school and defended a dissertation, becoming a candidate of Sciences. However, the passion for cinema was overpowering. In 1995, he asked the father to attend the filming of the picture "prisoner of the Caucasus". However, without thinking, Bodrov Sr. offered his son the role of the second plan, a conscript Vanya Zilina. Sergey coped with the task, the result of which has led to numerous awards won at various festivals.

Before the "Caucasian captive" Sergey Bodrov starred in the episodes in the film "I hate you", "SIR" and "White king, red Queen".

A trip to the festivals gave the opportunity for Sergei to meet and communicate with different creative people. Significant was the meeting of Sergey Bodrov with the Director Aleksei Balabanov, who preferred to shoot in his paintings of non-professional actors. The outcome of the meeting – Sergei three pictures Balabanov: "Brat", "Brat-2" and "War".

The last film role of Sergei Bodrov was the role of Misha in the film "the Bear kiss". In July 2002, he started filming his second film (after "Sisters") – "the Messenger". The picture was supposed to tell the story of two friends-romantics, one of whom had to play Sergei. He also acted as the writer and Director of his paintings.

"...I like coffee in a bag: three-in-one — author, Director and play a major role," - said Bodrov about his brainchild.

However, the story could not be finished. Was filmed only a few episodes in the women's prison, then the crew moved to Karmadonskom gorge. Shooting started late, so how long could not come to the transport. By evening the work was finished, however, no one has returned.

On the Kolka glacier fell block of ice, after which he immediately covered the entire valley with its mass. In seconds people, equipment and vehicles were buried under a kilometer-long layer of snow.

The search for victims lasted until February 2004, however, the body of Sergey was found. Some scientists suggest that the glacier will melt around twelve years old, but even after this time to find and identify the bodies will be very difficult.
In high school, where he studied under Sergei Bodrov, a memorial plaque with his name.
Is the advice useful?
Подписывайтесь на наш канал