One of the most effective ways to combat alcoholism was, and remains, the so-called "sewing" that makes the patient to abstain from use of alcohol beverages. Some believe that this procedure is effective through the creation of so-called effect of "placebo", and under the skin alcoholic is sewn a harmless neutral substance. But how it happens actually? 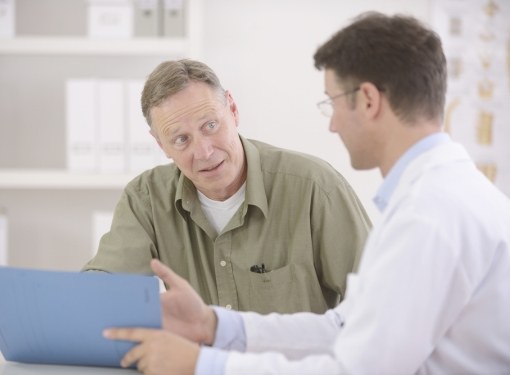 Related articles:
Alcoholism is not just the immorality of man, which thus adversely affects their health. It is also a tragedy for the family of the drinker, which he does not normally live and they see their favorite person in the whole world is sinking into the abyss, but can do nothing to help him. One of the very effective ways of dealing with alcohol dependence is the so-called "sewing".

What does the term "sewing"

If the patient decided to do away with alcohol addiction, and his family and friends support him in this decision, he may appeal to the narcological dispensary, or private medical office in order to be "stitched up". The procedure of "sewing" implies that the muscle tissue of the person being introduced the drug in pill form. A natural way active ingredient of this tool – disulfiram - continuously into the bloodstream of the patient, and in the case of the use alkogolesoderzhaschie drinks to join with them in response.

It is important to understand that if the person does not use ethanol, disulfiram, secreted in his body, does not manifest itself and does not cause the patient harm. But if a person decides to test the effect of enclosing it in the soft tissues of the pills, after drinking even a small dose of alcohol, the reactions to the blockade of ethanol by disulfiram are very impressive and convincingly demonstrate to him that it is better to refrain from drinking alcohol.

Before "stitches" of the patient, the doctor-the psychiatrist tells him about the specifics of this procedure, contraindications and possible to her reactions, after which the alcohol dependent signs a number of documents. When all the formalities are met, a doctor with the use of a special tool makes on the patient's body – the buttocks, shoulder blades or on the left side – cut. Deeper layers of subcutaneous fat are injected pills – their number depends on the validity of the blockade, after which the wound is sewn up.

The active ingredient of the tablets does not manifest itself until, while "sewn" do not drink alcohol. The body's response to the interaction between ethanol and disulfiram are usually very bright and resembles a cross between severe poisoning, and heart attack. This feature of the embargo is for the patient very convincing argument to continue to avoid alcohol.

"Sewing" can hardly cure alcoholism on their own, there is no use in addition to it psychotherapeutic techniques, which once again confirms that alcoholism is a disease rather of the soul than of the body.
Is the advice useful?
See also
Присоединяйтесь к нам
New advices