A recipe of ramen with pork

Ramen in Japan is one of the most popular dishes. It applies more to fast food than fine dining. The main components of ramen – wheat noodles, broth, vegetables and meat. 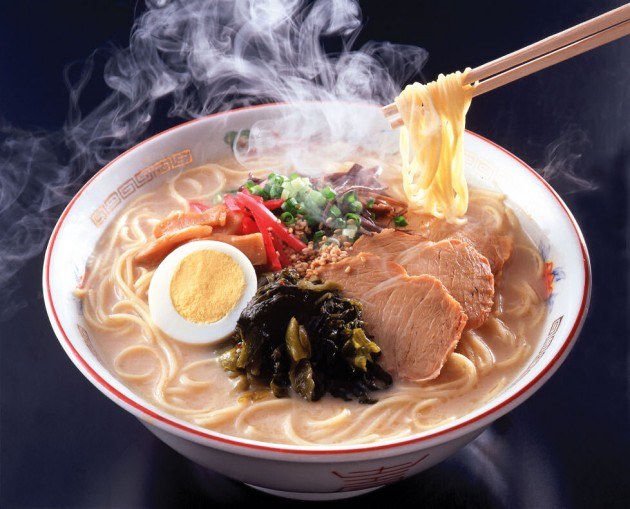 The history of the ramen with pork

The recipe for this dish which is a noodle with pork and various spices, migrated to Japan after the Second world war from China. Here he immediately began to enjoy great popularity and pushed all the traditional Japanese dishes. For thirty years the recipe became known all over Japan. Its spread has increased in the nineties, as industrial production began to produce prefabricated ramen with pork. And a variety of commercials made the ramen a part of popular culture of Japan.

Especially popular this dish was to use because it can be modified and varied by using different ingredients. This began to do and restaurants. At any restaurant I wanted to create my own recipe of ramen with pork, which would be the hallmark of such an institution. Crowds of critics and restaurant business began to specialize exclusively on these noodles, and discussions of the intricacies of the recipe still has no end. From the moment when the ramen came to the throne of Japanese cuisine, and until now, Japan has not found a replacement to this dish. In places that became famous best recipes ramen with pork, still queues. The development of food network in the Internet brought this dish to a new level, as the increased popularity of cooking ramen with pork at home. In each of the areas of Japan, this dish was to own a title that reflects the subtleties of its preparation.

A recipe of ramen with pork

A recipe of ramen with pork consists of several stages. The first and longest devoted to the broth and meat. The soup bones simmered with spices like onions, garlic and ginger, up to two hours. The cooking depends primarily on how quickly he gains the right color. The broth may be a third and acquire a cloudy appearance. At the end of cooking add salt, strain and put in a cool place. While the broth is cooking, you can engage in cooking eggs and meat. Pork should be put out in soy sauce. You can add some sake or monosodium glutamate. Useful and gravy from the meat. The noodles are cooked separately. Under the hood it need to boil for one minute. The last step is to assemble all the prepared ingredients. Mix gravy from the meat and broth, put the sliced pork, noodles, sprinkled with sesame seeds and green onions. On top put slices of the egg.
Is the advice useful?
See also
Присоединяйтесь к нам
New advices