What gas is in the lighter

Lighter – one of the most popular things in our world. It is constantly clear. There is probably no such person who at least once in my life was holding a gas lighter. However, how does the mechanism know. 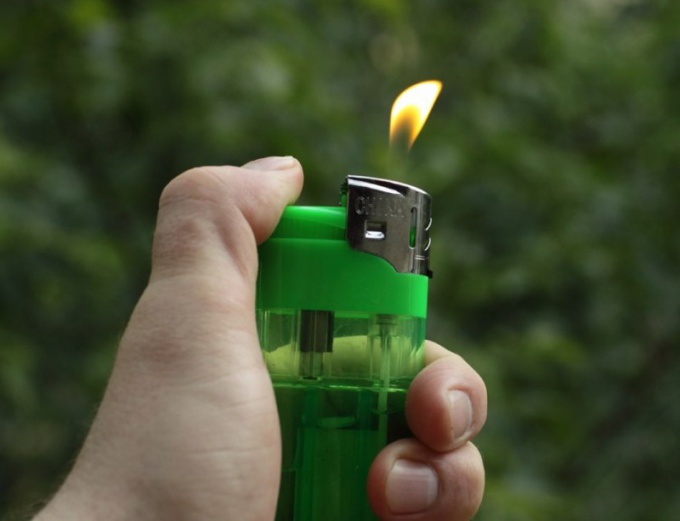 Gas lighter according to the construction divided into flint and plazovy lighter.

In flint lighters, made of plastic, the gas flows when you press the lever underneath the wheel, and metal – when you open the cover.

Plazovy lighters, in turn, are divided into standard and turbo. In normal pasovih lighters fire ignited by an electrical charge. Unlike turbo lighters from the usual in that the gas is supplied under pressure and the fire is not extinguished from the wind.

Which gas is lighter?

Often the lighter is a butane liquefied high purity, a mixture of liquefied butane and propane that much cheaper, or isobutane.

It should be noted that lighter, released in the CIS, calculated on the mixture of propane and butane. They can even work on a mixture of low clearance. Imported lighters can only run on butane or isobutane triple cleaning. Basically it's an expensive and popular models of lighters that low-quality gas can just to ruin it. Some brands of lighters only work with liquid isobutane.

A mixture of propane-butane has a higher pressure than pure butane and a lower degree of purification. This mixture is not suitable for pasovih lighters.

How to fill a lighter?

Refilling lighters is relevant only in case if it is an expensive model. The cost of the gas cans is much higher than the cost of conventional refillable lighters.

To refill the lighter, you must purchase a canister of liquefied butane or isobutane triple cleaning.

How to fill a lighter?

1. Flip the lighter the valve up. In most models it is on the bottom.

2. Insert the stem of the canister into the valve, push and hold for 10 seconds. The spray should be stem down. At the correct filling gas should not go.

3. After refueling, you must wait a few seconds.

4. To get the air out, you need to set the valve burning at a minimum. This valve is most lighters near the valve. The lighter may not light up, as the first will get stuck in her air.

5. To adjust the level of combustion. At this stage, perhaps large flame, which will burn the accumulated dirt.

Gas cans usually lasts up to 30 stations, but it depends on the volume of the container and the volume of lighters.
Is the advice useful?
Подписывайтесь на наш канал