How to light without matches

It is a light, light a candle or a fire, as matches do not exist. But the use of matches - not only of invented methods of producing fire. 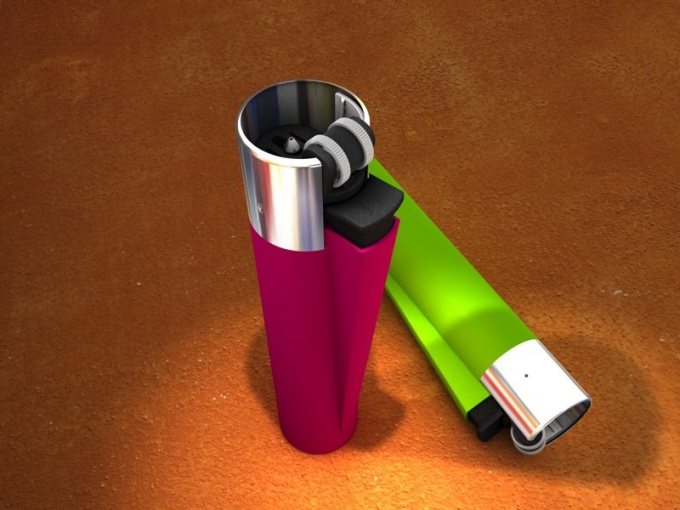 Related articles:
Instruction
1
Although lighters are mass produced for almost a century, only in the last two decades they have ahead of the match. They use two ways to get sparks: piezoelectric and mechanical. To ignite the piezoelectric lighter, send her torch up, then press the button. The mechanism is designed in such a way that when you press the button, first open the valve, and only then load the piezoelectric element. The lighter with a flint light in a different way. Also send it up the burner and then hold your finger on the button so that it simultaneously touched on the wheel. Make a sharp move down at the same time scrolling the mouse wheel and pressing the button. It is important that after pressing the rotation continued for at least a moment. Do not keep any of the lighter lit for more than thirty seconds.
2
It happens that in one of the lighter running out of gas, and in the other it is still a lot, but a broken piezo or flint. Then move the torch lighters to each other. On the lighter, which left the fuel open the valve, and one in which a working mechanism of ignition, then give spark. The first lighter is lit.
3
Petrol lighter buttons do not have. She open the lid, and then scroll the wheel and it will light up. To extinguish it, close the cover (also not later, than thirty seconds).
4
Everyone knows that in a Sunny day you can burn with a magnifying glass. But not everyone knows that to get a flame, unlike burning, is not suitable for every magnifying glass. Namely, it must be with a minimum diameter of 10 centimeters. If you find such is not possible, use a shaving mirror. On one side it flat and the other concave, and clearly focuses the light. By the way, for this reason to keep such a mirror is necessary in the place where you can't get sunlight.
5
If there is no mirror for shaving, but are there any transparent spherical vessel, pour in water and use to focus the sunlight is lenses. Then be sure to empty the water.
6
Many people think that a light can be powered soldering iron - except for those who have already tried to do it. The temperature of soldering tip, component 260 degrees, insufficient to ignite the paper. But if you have not only soldering, but also hot, try to bring the cigarette under outgoing air flow - it will light up.
7
In the car for the fire, use the lighter. Into the corresponding socket on the dashboard and hit the button. When the coil in it heats up, it will rebound automatically under the action of a bimetallic spring. Then pull it over the button and press e still hot from the spiral of the cigarette.
8
Do not try to obtain fire by friction, without prior training - practice shows, that the first time it does not work for anybody. Try to acquire this skill in advance, and in the future it may save your life in an emergency situation where the only way to be spotted by a plane is to light a fire. Description one of the ways of obtaining fire by friction is described on the page referenced in the article.
9
Take the steel wool. Pulled out a thin wire, and then being careful not to burn yourself, connect to any battery except lithium. The wire heats up to a sufficient temperature to ignite the paper, and then burn out.
10
Many smokers complain that they can give up their addiction. If your situation is such, purchase electronic cigarette. It is also harmful to health, but to a lesser extent. Besides, it does not require lighting, since the tightening torque is automatically activated, and after cessation of use - off.
Note
Upon receipt of the fire in any way follow the rules of fire safety. Never smoke in bed.
Is the advice useful?
See also
Подписывайтесь на наш канал