Up to what age can you be a blood donor

Blood donation is not only an important step, aimed at saving the life of another person, but also a kind of method of control of their own health: after all, the donor needs to meet a number of conditions and restrictions, including age. 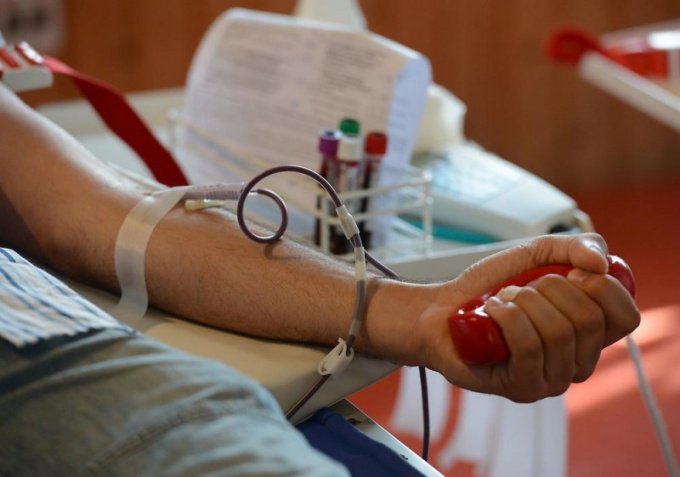 Related articles:
Blood donation is an extremely important area because of the rules of blood donation affects the lives of at least two people - a donor and a recipient. In this regard, it is tightly regulated by the current legislation.

The upper age limit for donor

For several years, the main legal act regulating the process of blood donation in our country was the law of the Russian Federation № 5142-1 of 9 June 1993 "On blood donorship and its components". Article 1 this law is really contained specific age limit for persons wishing to become donors: it was stated that to donate blood for medical purposes could only people aged 18 to 60 years.

However, in 2012, adopted a new Federal law No. 125-FZ of 20 July 2012 "On blood donorship and its components", which operates to this day. This legal act is indicated only the lower age limit for potential donors, which remains at 18 years. Thus, from a legislative point of view, the age limit for persons wishing to act as blood donors, to date, does not exist.

Other constraints to donor

However, persons wishing to donate blood as a donor must meet several other criteria and conditions, compliance with which is mandatory regardless of age. Thus, among the General requirements for any donor include:
the body weight component of not less than 50 kilograms;
- body temperature not exceeding 37°C;
- the systolic ("upper") pressure in the range of 90 to 160 mm. Hg.St.;
- diastolic ("lower") pressure in the range from 60 to 100 mm of mercury.St.;
- pulse, which is in the range of 50 to 100 beats per minute.

In addition to these General conditions, there are a number of requirements to health of the potential donor. So, first, he should be absent all diseases from the list, which is a strict list of contraindications for blood transfusion. It includes 19 major disease groups, which include parasitic diseases, and some diseases of the respiratory system, digestive system, kidneys, liver, skin, eyes and other organs.

In addition, the donor must not have temporary contraindications to blood donation, for example, drinking alcohol, taking certain medications and others. If a potential donor meets all the listed requirements, its age is no obstacle to blood donation.
Is the advice useful?
Присоединяйтесь к нам
New advices