Most popular TV shows in Russia

Currently, the abundance of commercial pay TV is simply amazing. Despite this, the vast majority of Russia's population for one reason or another prefers public television, trying not to miss their favorite TV show. What are popular TV shows? 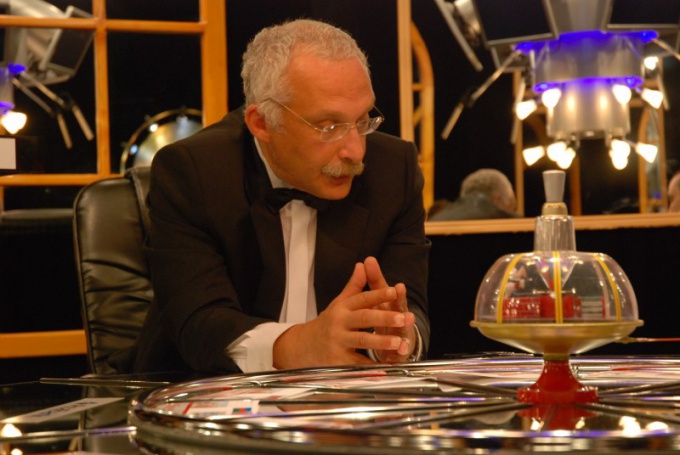 This TV show is one of the most popular in Russia nowadays. It is the TV channel TNT. This program is a Russian equivalent of a popular British TV show. "The battle of psychics" has gained popularity among Russian viewers a few years ago and entered the ranking of the most successful TV projects of our time.
2
"KVN"

"KVN" is one of the most popular game programs on Russian television. "KVN" is a game project of the First channel, in which teams of certain groups (schools, universities, businesses, etc.) are competing in a humorous duel. The project is in high demand among Russian viewers.
3
"What? Where? When?"

It is an intellectual TV game, broadcast on the First channel for many years. It was created by Vladimir Voroshilov and Natalia Stetsenko in the USSR. First TV game "What? Where? When" aired September 4, 1975. Currently, this TV game has no equal in popularity and the duration of its existence.
4
"Comedy Club"

This popular Comedy show is in Russia on 23 April 2005. Broadcast by the TNT channel. Critics believe that the performance of the participants of this show (residents) tend to be of obscene nature: "toilet humor" is unacceptable in a civilized society. Despite all the criticism, this Comedy show is in great demand among the youth audience.
5
"Dom-2"

This is a Russian reality show, broadcast by the TV channel TNT is considered the most successful over the past few years. Date of release – may 11, 2004. Currently, the broadcast of this transmission are broadcast annually in 9 hours and 23 hours and midnight. The average age of the television audience "House-2" – from 12 to 34 years.
6
"Let them talk"

This talk show is one of the most popular currently. His presenter – Andrey Malakhov. The talk show goes on the First channel. Curiously, "Let them talk" is the third name of the same show, broadcast for several years in the First channel. Before that it was called "Big wash", and before him – "Five evenings".
7
"Field of dreams"

This is a capital show, broadcasted the First channel, is the informal status of the beloved "people's games". First capital-show "Field of miracles" aired October 25, 1990. Then its lead was Vladislav Listyev, and now – Leonid Yakubovich. Pole chudes is a Russian equivalent of the American "wheel of Fortune".
Is the advice useful?
See also
Подписывайтесь на наш канал