How to pickle hot peppers

There are many ways how to pickle hot peppers. A set of additional herbs and spices can be very different, depending on the preferences of the hostess. But even if you put in the Bank only pepper, salt and vinegar, the workpiece will still succeed. 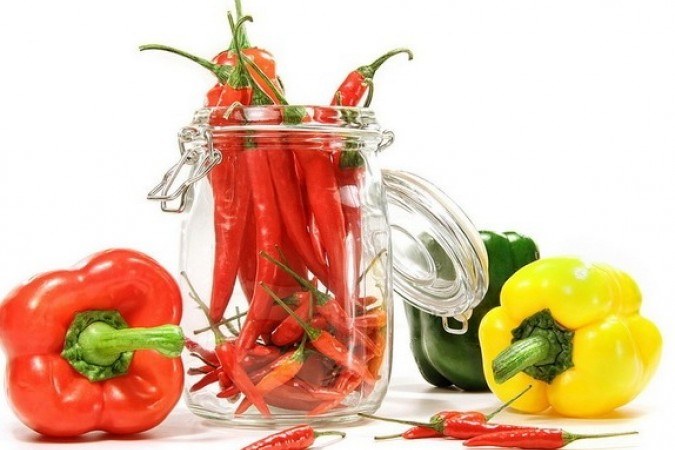 Related articles:
Hot peppers, unlike his fellow Bulgarian to be more prolific. With its simplicity in growing (outdoors, on the balcony of the house on the windowsill) allows each year to collect consistently high yield. As a rule, dried hot pepper, salt, added when pickling other vegetables, but it is possible and this preparation for the winter like pickled hot peppers. Only those who do not like spicy food, you need to consider that marinating the taste will not become softer, even if it add a significant proportion of sugar.

Preparation of bitter pepper for marinating

Pickling is subjected to any variety, with mild, moderate or severe degree of severity. The choice of color and degree of maturity also does not matter. Some Housewives prefer to roll up in banks selected pods exclusively red, other young green, believing them to be less spicy. This is truth, but greater still the pungency depends on variety. The most "evil", as a rule, are small-fruited varieties.

Most of the bitterness is found in the seeds, and the membranous-veined, so if the pepper cut into pieces, not scrubbing the seeds, the dish will turn out sharper than with whole pods. For this reason, hot peppers marinated whole, and to make it easier there are for an aesthetically beautiful appearance of the jar, do not even cut the tail.

Because on a rough surface of the tail could stay sewage, peppers should be thoroughly washed under running water and gently dry before placing in a jar. According to some recipes, hot peppers balansiruya 3-4 minutes, but this requirement is also optional. If you blanch it, then you can do one-time pouring the marinade. Otherwise, you will need 2-3 fills.

Actually this manipulation of the pepper over and need to start preparing cans under marinating. However, some cooks even make tiny incisions near the stalk of the vegetable, in order to be sure in the absence of air inside. Fully to clean the inner contents of the fruit not recommended, it is done only with unreliable fruit began to deteriorate.

For preparations of hot peppers usually use cans of 0.5 or 0.75 liters, which are cleaned and sterilized. Spices are placed in a wide variety, which usually take place when marinating other popular vegetables are: black pepper and allspice, Bay leaf and cherry, sprigs of dill, parsley or celery, sprocket, cloves, coriander seeds, cloves of garlic. Someone that is familiar in taste and aroma.

For marinade fill jars with pepper volume 0, 75 l you will need half a liter of water, 1 teaspoon salt, 2 of sugar. There you can throw the dry spices (pepper, Bay leaf, coriander, cloves) and bring to a boil. Greens can simply be scalded with boiling water and place on the bottom of the jar, and immediately you can connect with other components of the marinade. I must say that a rich set of spices for marinating pepper - the exception rather the rule, because he is essentially a spice. If pepper is harvested and ready for processing, and the kitchen lady in the presence of only salt and vinegar, this fact should not serve as a cancellation of the plan.

When the water boils, there poured 100 ml vinegar. The use of vinegar is not prohibited, but it helps to remove aroma. Do not rush to fill laid in a jar of pepper, let the marinade infuse for 10-15 minutes. Pre-blanched pods are good because they are more pliable and easy to fit both vertically and horizontally. The jar of peppers filled with ready-made marinade to the top and corked immediately the lid is flipped upside down and wrapped until cool. This wonderful pepper is stored even at room temperature all winter.
Is the advice useful?
Подписывайтесь на наш канал