Confrontation conducted by the investigator in the process of proceedings of a criminal or civil case, in those cases where witnesses or defendants in not exactly the same and required cross-examination. 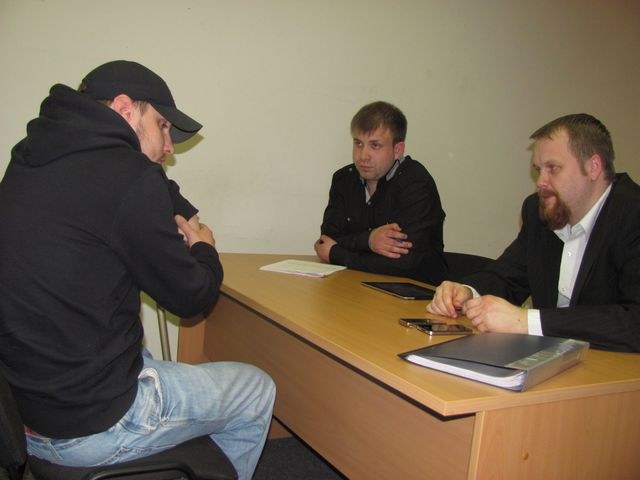 Confrontation is a joint interrogation of the two defendants or witnesses to the crime, which is held in case of any inconsistencies in their testimony given before, or in case of refusal of one of them questioned. Such investigations can be carried out between the accused and the victims, witnesses, data changed their earlier testimony, and incrimination of any of the participants in the process giving false information. Witnesses and victims have the right to refuse to participate in the confrontation and accused of crime or wrongdoing has the right to require the presence of his counsel at such questioning.

Before carrying out the confrontation, the participants should be questioned separately, with the entry of testimony into the record, which is signed by them and by the investigator. Before carrying out the joint survey of its members shall be warned about responsibility for inaccurate or false information on the merits of the case under investigation. Only after these clarifications you can start a confrontation.

If the confrontation as a defendant, the accused, victim or witness involves persons under the age of 14 years, that office invited the teacher-psychologist or his parents. Without the presence of an adult representative of the imperfect person conducting the procedure is contrary to the law, that is considered unlawful and its results cannot be applied to the case and, moreover, presented to the court.

Defendants who participate in the confrontation, may request the presence of his attorney. In the absence of such, it must provide for the first request. In addition, both participants of the procedure shall have the right to ask questions of each other, but only after the permission of the investigator or of the inquirer that it holds.

During a confrontation the investigator shall have the right to disclose previously obtained the testimony of the participants. This is done in the case if the defendant, victim or witness are confused about the facts, provide false information or alter it.

As there should be a record of the confrontation

Before you sign a joint Protocol of the interrogation, all parties must read it and verify its design.

The Protocol should be mandatory specify the time and place of the confrontation, entered the full names and surnames of all participants (the respondents, the investigator, advocates, and representatives of minors), recorded the warning about giving false information.

The descriptive part of the Protocol needs to include a detailed description of all actions, it must be accurately recorded all readings and questions, if provided material or other evidence, then they should be reflected in it.

At the end of the Protocol specifies the ending time of interview and after reading it, the participants of the confrontation sign it.
Is the advice useful?
See also
Подписывайтесь на наш канал