How to plant raspberries

For all its unpretentiousness raspberry responsive to the sun, potash and phosphate fertilizer and moderate moisture. Spending time and effort in the preparation of trenches for planting of shrubs, you can be sure that the raspberry will thank in the future with the abundance of sweet berries. 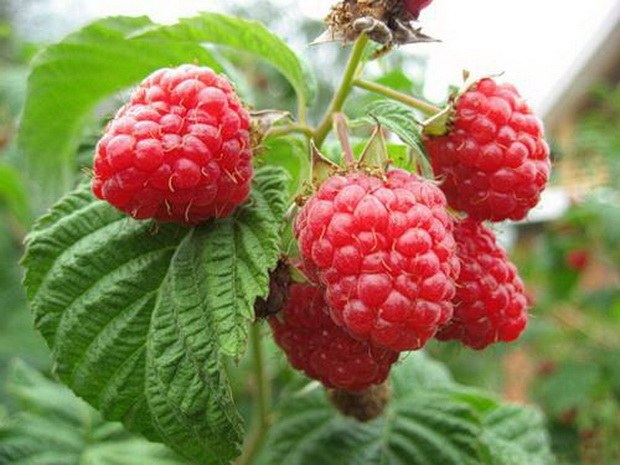 Related articles:
Raspberry - undemanding shrub, in nature it can be found in the forest, in the shade of the roadside bushes, on the banks of rivers. However, if desired, to obtain a stable and rich harvest this healthy sweet berries should find her a more suitable Sunny place.

Choose a permanent place for raspberry

Of course, raspberry, will take root and will bear fruit in shade, but it applies to light-requiring crops. The plant does not tolerate excessive moisture, so the low area with wetland soil not suitable for cultivation of this fruit.

Because the raspberry gives a lot of seedlings, many growers prefer to plant it along the fence or to create a hedge, and this is true. After identifying the shrub a good permanent place, you should not worry about the transplant 12 years, so it is important to well prepare the soil.

Pre-square and the future of the raspberry patch free of weeds, and the soil perekidyvaetsya at a depth of about 30 cm If it is assumed a few raspberry bushes, the Foundation of the shrub can be produced in the wells. If raspberries are planted along the perimeter of the fence or one hand from beginning to end, it would be more rational trench planting method. Although the trench width of half – time, a guarantee of a good producer in the future. On the bottom of the trench, the optimum depth of which should be 40-45 cm, usually poured humus and fertilizer.

More raspberry need potassium-phosphorus fertilization (30 gr. 1 sq. m.), is not superfluous superphosphate (50 gr. 1 sq. m.). Soil fertility, its structure is also an important factor. Landing it is desirable to produce in loamy soil with humus. She well retains moisture and nutrients, so don't have every year to fertilize and watered regularly, as in the case of sandy soil. If the soil at the site is fertile enough, when planting raspberries it is possible to manage only it.

Raspberry is an amazing plant that can be planted at any time, of course, except the winter. Still, experts agree that the most favorable period for planting is autumn. If planting is planned for the end of September-beginning of October, the soil should be prepared at least 3 weeks.

Spring raspberry longer survives, so we need to seize the opportunity before the SAP flow. In early June, usually planted green offspring. At this time it is already too hot and need constant watering raspberries, while it is not accustomed. To facilitate the plant this period, it is recommended that bushes be cut to a height of 20 cm. the most important thing for survival is a full – fledged radical neck.

Preparation of shrubs and laying of the raspberry patch

If seedlings are purchased, while transporting them should be wrapped in a damp cloth. To keep the raspberries in the wet polyethylene is dangerous. The plant will quickly rot. Even if the roots are slightly poboroli and over time has taken root, a sapling in the future will lag behind in development.

Before planting the raspberry bushes pruned to 35 cm Useful root system dipped in a mixture of mullein with clay, where previously was added HUMATE, kornevin, phosphoralation. After this procedure, the seedlings sent in the trench and covered with earth. The recommended distance between raspberries two feet.

Sleeping land bushes of raspberries, they need a little shake to the denser clumps of earth clung to the roots of plants. It is important not to overdo it with a deep. The root neck should be level with the ground. If the weather is dry, the soil should be watered and mulch with peat, sawdust or humus. This will help to preserve moisture. In case of rainy weather, watering is not needed.
Is the advice useful?
See also
Подписывайтесь на наш канал