How to care for everbearing raspberries

Called everbearing raspberry varieties that produce fruit twice in one season. The first crop of raspberries gives on the shoots of last year and on the young twigs of the current year. To get a good crop, you must provide raspberry proper care. 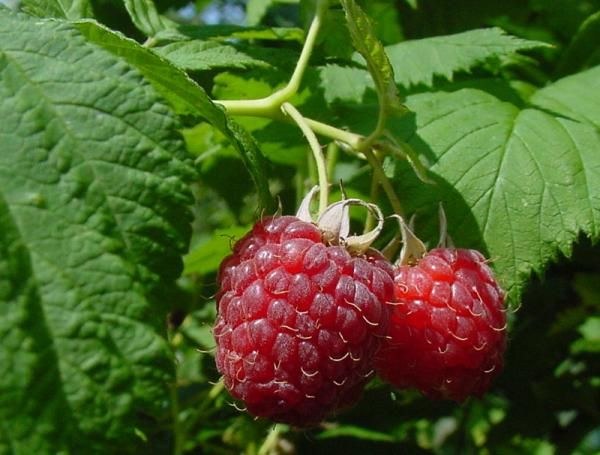 Care of everbearing raspberries is watering, fertilizing, loosening the soil, pruning and weed control. The root system of raspberries superficial, so needs regular watering in dry weather. Please note that watering should be abundant, three-hour stagnation of water can lead to the death of small roots. Raspberry itself does not die, but to restore the damaged roots will take time. Excessive irrigation also delays the development of raspberry and negatively affects the quality of the crop.

Try to avoid damaging the root system when soil loosening. Within a radius of one meter from the Central part of the Bush cultivation depth should not exceed seven inches. To retain moisture in the upper soil layers, resort to mulching with peat or humus. Simultaneously with the mulching and loosening the second year after planting, you need to make mineral fertilizers. In the first half of the summer give preference to nitrogen fertilizer after making a comprehensive feeding, which contain nitrogen, potassium, phosphorus and microelements.

Very important in the cultivation of raspberries has the correct removal of excess root suckers and shoots. The sooner the work will be performed, the less nutrients the plant will spend on them, and thus obtained a rich harvest of berries. On one square meter of remontant raspberry enough to have three to six shoots. The excess of replacement shoots that grow from the base of the rhizome remove with shears at soil level. Green young offspring need to be cut off below ground level for three to five centimeters.

Shoots can be used for propagation and rooting.

Some varieties of raspberry are capable to give rich harvests with good care. So sometimes shoots can not withstand such loads and creep. Berries should not touch the ground, so in late summer you must correctly tie the shoots to the trellis or any other support. If your district strong winds, then the garter can be done sooner.

Care of raspberries in the autumn

With the completion of fruiting and the onset of severe cold, you need to cut the entire aboveground part remontant raspberry, collect a rake of fallen berries and leaves. Take it all with a plot and burn. Soil proryhlit, make for water loading irrigation, mulching. Arrange on a bed cover made of non-woven material or polyethylene.
Is the advice useful?
Присоединяйтесь к нам
New advices