Why afraid to die

Death is something unknown. Much talk about it, but those who really faced, there's nothing to tell you. So the information in this field is very scarce. The causes of fear of death may be different, but the main ones are the fear of the unknown and possible pain. 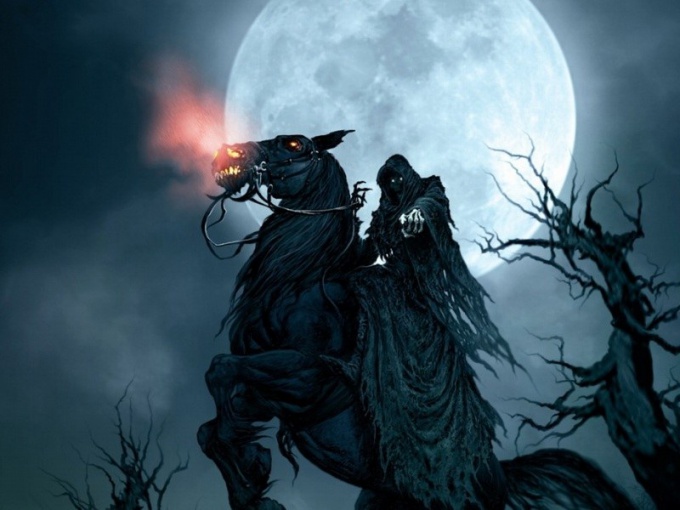 Fear of the unknown

Humanity has long been trying to solve the riddle: what awaits him after death. In the mythology of the peoples of the world in different ways, presents a vision of the afterlife. In the ancient times, life after death is continued in another dimension. So much fear they felt before death, and just in advance preparing for it and did all the necessary in connection with death rituals.

With the emergence of religious ideas about death have changed. The Christian and Muslim religions talk about the existence of heaven and hell, in which people inevitably go after death. But who would be where, depends on personal merit. Those who lived according to the laws of God, go to heaven, those who have sinned and repented not of their sins, the road inevitably leads to hell. Based on the ideas of other religions - Buddhism, a person's death, is in the process of reincarnation, the essence of which is the posthumous reincarnation of the soul.

Psychics and clairvoyants also see the afterlife in different ways: some saw the light at the end of the tunnel, others see heaven and hell, others say that the humans are the alien creatures in the world go through a kind of baptism of fire, the fourth talking about the souls of dead people as energy clusters that exist in parallel worlds, etc.

There are skeptics who do not believe in an afterlife and believe that with death the body dies and the soul.

Despite the large number of hypotheses about the existence of life after death, the question remains open. At least those who knew the truth, never came back to inform her of humanity. And the unknown, as you know, scares.

This kind of fear is of a physical nature. Man, like any biological creature with a delicate nervous system, tend to experience a feeling of pain. Most of it is a fear of severe pain, which is related to the process of death. People who have thoughts of committing suicide in the first place experiencing this fear. Some overcome it, others eventually decide that life is not so bad. If you look more globally, the fear of death in connection with the expectation of pain at least once in life visited almost all people.

Other types of fear of death are secondary, and sometimes even far-fetched under the influence of the current of human ideas about morality.
Is the advice useful?
See also
Присоединяйтесь к нам
New advices