How to get rid of the fear to die

All men are mortal. Everyone will sooner or later have to step over the line that separates being from nothingness. No wonder people always asked and continue to ask the question: what fate awaits them for the same trait? And fear death to some extent inherent in any person, even the most brave. Just someone who knows how to mute it, due to the peculiarities of character or religious beliefs, and someone he takes the form of very real panic, obsessions. 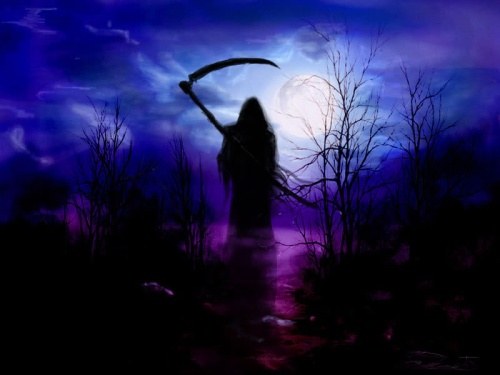 Related articles:
Instruction
1
First of all understand why there are so stubbornly holding this fear. Yes, because there is not yet a clear understanding: "what will happen next?". It is the unknown, uncertainty surrounds death and everything associated with her mysterious and ominous aura, causing people to be afraid of. Very well said about this in the famous book by D. Defoe about Robinson Crusoe: "the Fact that we know less tormented by terror, rather than innuendo and speculation."
2
Now, having received the answer to this question, invoke the aid of common sense and cold logic. Think about it: if a man, fear of uncertainty, of mystery, tormented himself with the fear, imagine the worst, to whom he makes this worse? Yes myself! It's not life, and continuous torture.
3
Brace yourself, banish obsessive thoughts. Imagine: "I'm still alive and enjoy life, but we'll see!".
4
Religious people often turn to fear death because they believe in the immortality of the soul. According to their beliefs, die only the body is mortal shell, but the soul continues to live. And what arguments can console themselves with atheists? For example, such: "May we not believe in God, but the universe was so complicated, it is the infinite variety that it is permissible for the idea of the eternity of life. After all, eternity can exist in many different forms, just as we still do not know."
5
Long been known that idleness is the mother of all vices. When a person is really busy, he simply has neither the time nor the inclination to MOPE, to hold on to painful thoughts. Of course, this should not be understood too literally – they say, we have to work to exhaustion, then fear before death is not. But a person living a full, busy need useful work, having interesting Hobbies, interests, genuinely enjoys life. And thoughts of death visit it very rarely.
Is the advice useful?
See also
Подписывайтесь на наш канал