How to learn Latin

The Latin language belongs to the group of italic languages of the dead. Most of the terms occurred from the Latin language. Moreover, this language came many others. The Romans lived in Belgium, France, Romania, etc. 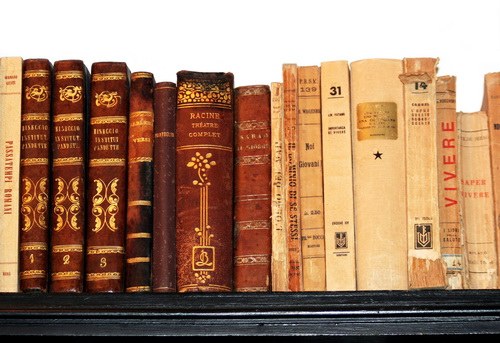 Related articles:
Instruction
1
To study the Latin language should begin with learning the alphabet. In the Latin alphabet 25 letters. Six letters (a, e, i, o, u, y) pass the 12 vowel sounds of the Latin language. Also in the Latin language 4 diphthong. Need to know what in the Latin language there are long and short vowels. Brevity and longitude denote with Superscript characters: ā – "a" long, ă "a" quick. The accent in Latin words never is on the last syllable. In dissyllabic words the accent is placed on the initial syllable. In trisyllabic and polysyllabic words the accent is placed on the second syllable from the end if the second syllable is long. On the third syllable from the end the emphasis is, if the second syllable is short. For example, the word transformatio the emphasis is on "a".
2
Further, in the Latin language 4 verb conjugations. In verbs of the first conjugation, the stem ends with a "a" a long (ā). For example, "ornāre" in which "ornā", and "re" suffix. Suffix can also be "ere". To the second conjugation belong verbs whose stem ends in "e" long (ē) for example, "habēre". To the third conjugation belong the verbs whose stem ends in a consonant, "u" and short "i" short (ŭ and ĭ), for example, "tangere" ("tang"). The fourth conjugation includes the verbs with "i" long (ī), for example, "audīre", where "audī", and "re" suffix.
3
Verbs in Latin have the following grammatical categories: time (six tenses: present, first future, second future, imperfect, perfect, plusquamperfect), mood (indicative, subjunctive and imperative), the Deposit (active and passive), number (singular and plural), person (1st, 2nd and 3rd person). Of course, to study each section should gradually. However, it is somewhere to start, for example, learn to start the four regular conjugations. Consider how change verbs I-IV conjugations in the present tense indicative mood active voice.
4
Глагол I спряжения ornāre: orno, ornas, ornat, ornāmus, ornatis, ornānt. Глагол II спряжения tacēre: taceo, taces, tacet, tacēmus, tacētis, tacent. Глагол III спряжения tangere: the tango, tangĭs, tangĭt, tangĭmus, tangĭtis, tangŭnt. Глагол IV спряжения audīre: audio, people, audit, audīmus, audītis, audiuŭt.
5
Talk a little bit about nouns in the Latin language. They have a category of gender (masculine, feminine, neuter), number (singular, plural). In Latin, there are 6 cases: Nominativus (nominative case), Genetivus (genitive), Dativus (dative), Accusativus (accusative case), Ablativus (case deponent), Vocativus (Vocative). Nouns in Latin, there are 5 declensions. The first category comprises nouns with the stem for ā and ă. The second – to ŏ and ĕ. The third – and ĭ consonant. IV – ŭ. The fifth – ē.
6
So, we learned a little about Latin verb and released. It is important that now that we can have some to distinguish between them, using the dictionary to translate some Latin sentences;