How to disable Immobiliser on Kalina

How to disable the immobilizer on the Lada Kalina and whether you need it to do? Similar questions from car owners do not arise in a vacuum and are most often due to problems with the installation of a new alarm system or loss of keys from the ignition switch... 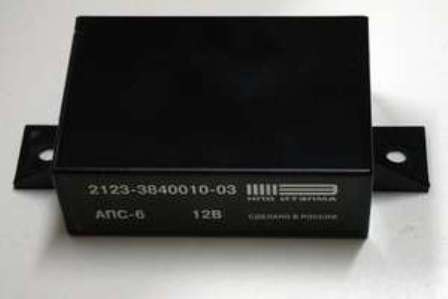 Related articles:
On cars Lada Kalina (etc. and/m VAZ) immobilizer APS-6 (http://kharkov-online.com/files/images/objava/38072/160123.jpeg) in conjunction with the control unit electro refers to the regular security system. Its functions include receiving the startup code from the chip in the ignition key via a wireless inductive connection. In case of successful confirmation code Immobiliser gives permission to unlock the engine start control unit. However, the above steps are performed by the immobilizer only when it is pre-activated, otherwise it is not involved in the process of starting the engine.


Do I need to disable the immobilizer on the Mercedes?

In General, staff alarm system at Kalina fairly stable, though somewhat primitive by today's standards. When adding provided, but not installed sensor jiggle she could compete with the "signaling" of an average price category. Problems usually arise when installing new alarm systems, which generally fails to "make friends" with a factory-installed system. In such cases, some care centers are not particularly bothered by the question simply attach a spare key to tape to the wires near the ignition switch that the system is equivalent constantly present in the car owner. This approach creates the risk that in the hands of the attacker broke the glass is the key to the machine with all its consequences...

How to bypass Immo on Kalina?

Some car services when you install the alarm systems, "bypass" the problems with the immobilizer, locating near the steering column, spare ignition key, which is unacceptable from the point of view of security.

Disabling the immobilizer is quite a complex and time-consuming procedure that requires special software and skills with a soldering iron. First, you need to deactivate and to close between the wires from pins 9 and 18 of connector immobilizer, thereby severing its connection with the control unit and retaining the ability to test through the DLC. Access immobilizer is accessible by removing the grille of the heater in the middle of the instrument panel (http://www.ladaonline.ru/upload/iblock/a50/picsx5cgalerys5cfutur_027.jpg). Further complications associated with the need to clear the memory of the control unit from the traces of the presence in the system of activated immobilizer. For example, popular AVTOVAZ controller Bosch M797+ for this, you need a unified adapter K-line, laptop or PC with the special software (http://www.chiptuner.ru/download/progs/eeprecu.zip) and memory dump pure untrained ECU from the same source. Additionally, at the time of programming, you must perform some switching perepiski in the control unit. Therefore, in the absence of necessary skills or equipment it is advisable to give the unit for a very reasonable cost to re-flash to a specialized service.
Is the advice useful?
See also
Подписывайтесь на наш канал