What are the penalties for speeding

Violation of the speed limit prescribed in the rules of the road, entails administrative punishment in the form of fines and even deprivation of rights. Therefore it is necessary to take a closer look at the traffic signs, which are additionally informed about the possible maximum speed on this stretch of road. 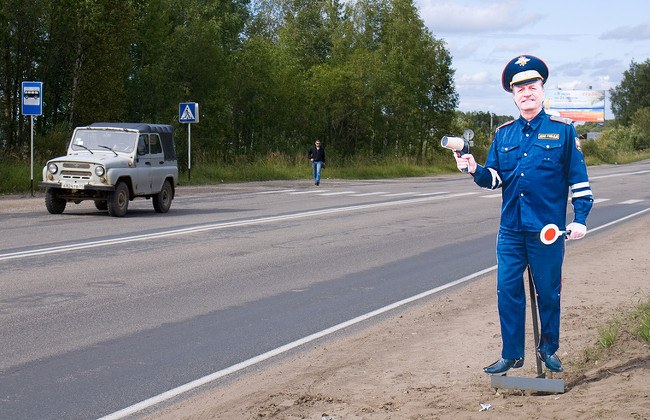 Related articles:
You will need
Instruction
1
The speed limit for vehicles is spelled out in the rules of the road. In populated areas, the speed should not exceed 60 km/h, on highways - no more than 90 km/h on motorways - 110 km/h When driving on poor road sections and the repair of roads is often put additional traffic signs limiting speed of movement. In yards, around schools, kindergartens and other childcare facilities on roads often install "speed bumps" and restrictive sign 20 km/h.
2
The speed limit is associated with certain features of the movement. When driving around the city there is a possibility of sudden appearance of pedestrians on the road, and hence the need for sudden braking. At high speed it is almost impossible to do - is too large braking distance. Therefore the speed limit must be respected in order not to pay fines, but for their own safety and avoid various accidents.
3
The laws of the Russian Federation all toughen penalties for traffic violations, to at least slightly reduce the number of accidents and road accidents. Now the minimum fine for a violation is 500 rubles.
4
If the car moves at a speed which is above the allowed 20 km/h, then the penalty currently is not paid, the driver is limited only by the warning. Repeated violation may assign a minimum amount of 500 rubles.
5
When exceeding a vehicle speed of 20 to 40 km/h will be charged a fine of 500 rubles.
6
When exceeding a speed of 40 to 60 km/h the fine is 1000 -1500 rubles. If the violation was repeated, the amount may be increased to 2500 rubles.
7
If the speed exceeds 60 to 80 km/h is valid, then the penalty is 2000-2500 rubles. In this case, also provides for divestment from 4 to 6 months.
8
When speeding more than 80 km/h the penalty amount will be 5,000 rubles, it is also possible deprivation of rights for 6 months. If this is not the first violation, be deprived for a year.
9
To determine the speed of your car, the traffic police should have a special device. If you do not agree with the results of their radar, is to require valid certificates on it, and the resolution or order relating to the presence of the employee at this place, if you are stopped on a stationary post.
Note
On many roads now have video cameras installed with motion sensors that are in violation of the speed limit take a photo of the car. Later in the mail comes the receipt indicating the amount of the fine and the documentary evidence of the violations in the form of pictures.
Useful advice
If you have a car DVR installed, if you stop by the police be sure to keep a record to avoid additional fines for violations that you did not commit. And thus in the Protocol, indicate what information is incorrect and the recording will be admissible in court.
Is the advice useful?
See also
Присоединяйтесь к нам
New advices