What is the chance of twins

The birth of a child is a small miracle that makes parents happy. The care of the baby brings. What can we say about the twins? The birth of twins is a double joy. There are many factors that can contribute to multiple pregnancy: genetic predisposition, age of the expectant mother, nutrition and even the time of year when conception occurred. 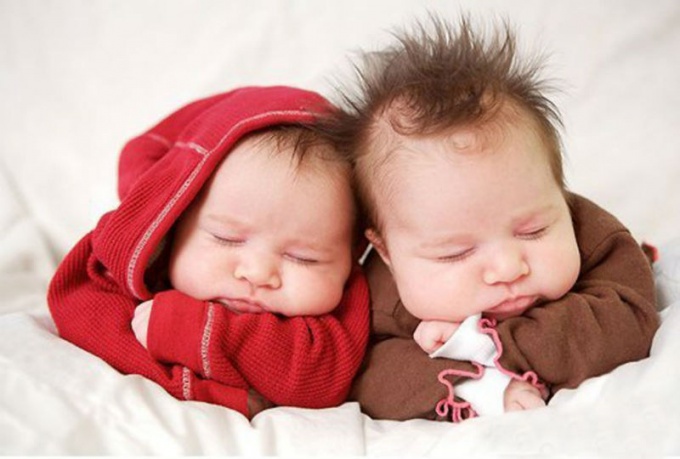 Why are there identical twins is still unknown. But the causes of twins, modern science has learned. There are seven major factors that increase the chances to conceive twins.

How to conceive and give birth to twins

A big role in the possibility of conception of twins is a genetic predisposition, and the gene responsible for the development of two ova at the same time, are only women.

Long-term use of hormonal contraceptives may also cause the conception of twins. If the pregnancy occurred after discontinuation of birth control pills, it is quite possible that the pregnancy will be prolific. The female ovaries have the ability, after a long medical "vacations" to work with a vengeance. That is why in this period one can Mature to ovulate multiple eggs.

In vitro fertilization helps to be born twins with almost a 100% guarantee. The fact that during IVF in the uterus of the woman hoisted up to 6 fertilized eggs to increase the chance of conception. Parents often resorted to this method to get two babies at the same time.

As the female body approaches the menopause, ovulation becomes irregular and occur more often when women after 35 years can Mature from two eggs. The chance to give birth to twins in women 35-38 years is increasing dramatically.

Is not the last role in the birth of twins played by the time of the year in which conception occurred. In the spring, increased activity of sex hormones, and the probability of ripening of two eggs is much higher.

There are many different diets that supposedly increase the chance of conception of twins. The science is still uncertain foods which may have an impact on the maturation of several eggs. We only know that malnutrition and strict diet deprive a woman to give birth to two babies at the same time.

In the twins at the end of the world

In India, there is a unique village located in the state of Kerela, where 2.5 thousand families have 500 pairs of twins, and every year their number increases. This phenomenon is still not supported explanation. Themselves as locals claim that this is due to the God Rama.

This place is in Russia. The village of Denisovka in the Rostov region, where 500 residents born 19 pairs of twins.
Is the advice useful?
See also
Присоединяйтесь к нам
New advices