How to get pregnant with twins

A child is a great happiness. And the birth of twins is happiness squared. Many families are dreaming to conceive twins, make and grow it. The probability of getting pregnant with twins from different pairs are not the same, but there are ways of increasing it. 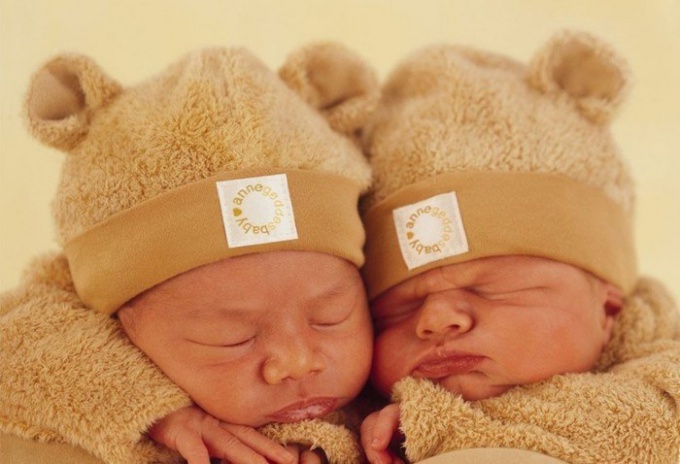 Related articles:
According to geneticists, the chances of getting pregnant with twins increase in those families where the race has been born twins. The probability of birth of two children at the same time with each pregnancy and as they grow older, women. At the age of over 35 years in the female body often occurs simultaneous maturation of several eggs, so the chances of multiple pregnancy increase. To work the female reproductive system has a significant impact hormone therapy, after treatment with hormones and hormone stimulate maturation of the follicles is possible to successfully conceive twins and even triplets. When artificial insemination is often a multiple pregnancy, as the uterus normally sits a few fertilized eggs. Some scientists believe that consumption of protein is increasing and the chance of getting pregnant with twins. Therefore, in such desire, you should eat lean meats, poultry and game, seafood and fish, cheese, dairy products, sweet potatoes, fruits (except plums), fresh juices. Short duration (less than 22 days) of the menstrual cycle increases the chances of conceiving twins at times. In the spring, due to the increase of female hormones and increases the risk of multiple pregnancies. Perhaps the birth of twins in the two-horned uterus, after conception during breastfeeding. However, it should be understood that twins is not only double happiness but also double trouble. These kids more difficult to conceive, to bear and raise.
Is the advice useful?
See also
Подписывайтесь на наш канал