The signs of labor in cats

If you show patience and watch carefully for the pregnant cat, that approach childbirth, you can learn in a week or two before they start. It is important to notice that the favorite in a short time going to be the mother to prepare everything necessary for the kittens, to assist in childbirth, not to miss any possible complications. 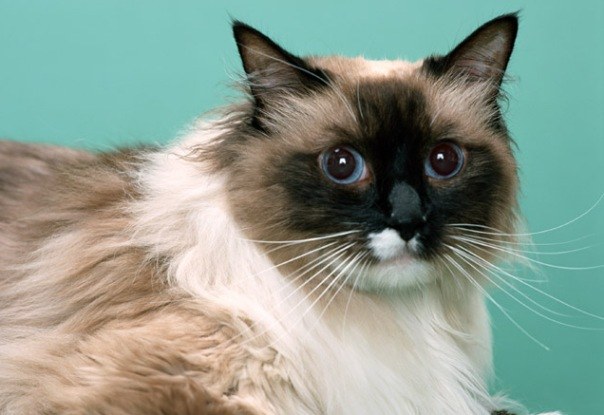 Related articles:
Instruction
1
For a week or two before birth, the cat begins to worry, look for a secluded place, so the owner better care for the nest for the mother and the cubs, if he doesn't want the cat lambing in the closet with the Laundry or in hard to reach place such as under the bath. Also at this time she often licks the stomach becomes irritable, or, on the contrary, very affectionate, constantly requires attention. Possible loss of appetite and frequent urination. The cat's stomach droops down noticeably, not bulging laterally, as before.
2
When before the advent of the kittens, the light is only a few days, the expectant mother becomes nervous, often meows, paws scratching the litter, and refuses to eat. If the animal is not aggressive, you can start preparing to leave – to cut out the fur around the nipples and under the tail.
3
If the cat is tied to the owners, it can constantly walk over them, demanding to go to the place that is chosen for delivery. The body temperature of a cat at this time is reduced by a degree and a half, and before the birth is on the rise again. If you look at quietly lying in the ward, you notice movement of the puppies in the womb – the future babies move in the womb, preparing for birth. Since then, the owner better not leave pet unattended. It is desirable at this time to prepare everything necessary for childbirth and record phone the veterinary clinic where it can be easily found in case of need.
4
Before birth, the cat almost never leaves his hideout, the nipples on her stomach swell and redden, they begin a drop to stand out colostrum. Before fights, she usually begins to breathe, during the inspection, you may notice a swelling of the vulva and transparent, yellowish or reddish discharge from her. Before the birth leaves the mucous plug that has a yellow or pinkish color. After the separation of water, normally yellowish, you start the fight.
5
Young cats for the first time preparing for the appearance of kittens into the light, often behave more nervously than already given birth. There are also cases when all the signs of approaching childbirth are expressed softly or animal constantly trying to escape, so the birth of kittens, the pet comes as a surprise for the hosts.
Useful advice
As a place for the baby to fit roomy box with low sides or with closed top – then one of the walls will have to penetrate the hole big enough so the cat can climb. To position the box better in a quiet dark place, enough heat.
Is the advice useful?
See also
Присоединяйтесь к нам
New advices