Among all the divine services of the Orthodox Church separately allocated vigil. This service, which normally takes place on the eve of great holidays and Sundays. 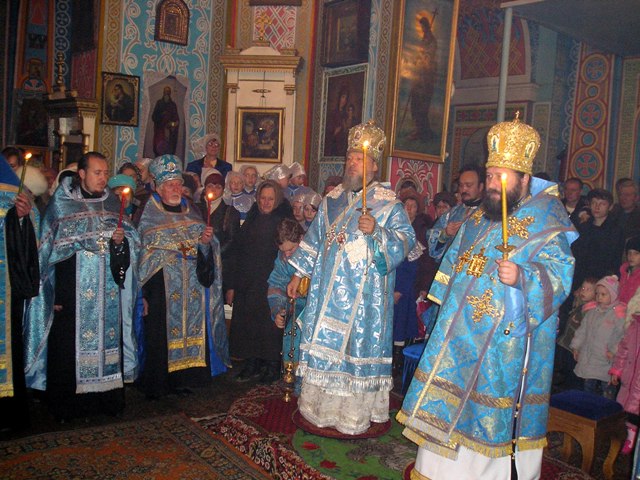 The vigil includes the service of Vespers, Matins and first hour. In modern times, the vigil service begins in the temples in four, five or six o'clock in the evening, depending on the time zone of the city. Worship occurs on Saturdays and on the eve of holidays the Theotokos, the saints, or days devoted to the angelic hosts. In the history of the Russian state there were cases when the vigil was done in gratitude to God for deliverance from various disasters, prevent the seizure of lands by the conquerors or after significant victories in the hostilities.

The vigil service is particularly solemn. In modern times this bogoslovie lasts an average of two hours. But gratsiansky in the history of the Church of the first centuries, this service was longer. It started late afternoon and ended in the morning. Hence the name - all-night vigil. In modern times the feast of the Nativity all-night vigil starts around 11 PM, and immediately after him follows the Liturgy. Worship in the temple on this festival ends early in the morning. It is a pious tradition, which is an echo of the ancient practice of worship.

In the Liturgy all-night vigil there are a number of characteristic features. So, many prayers are sung in unison (in contrast to the usual everyday services). For example, the first kathisma "blessed is the man", "Vouchsafe, o Lord". During the Liturgy of Vespers on the vigil may be sanctified bread, oil, wine and wheat. In ancient times these foods were consumed by the monks after Vespers, before Liturgy Matins.

At Matins all-night vigil added reading of gospel passages, sung the great doxology, in which a person expresses his gratitude to God for the past day and seeks help in refraining from sins.

During the Liturgy, the vigil is also in the anointing of believers consecrated oil (oil). Otherwise, the process is called the anointing.

Often after the service, the vigil in the temples of the sacrament of confession for those who wish to partake of the Holy mysteries the following morning in the holiday itself.