To care for a newborn baby, most importantly, a careful examination of his body to several times a day, the rapid removal of drugs and hygiene items primary stages of skin problems. In order to know how to deal with diaper rash in baby, you need to have an idea of how they look and what triggers their appearance. 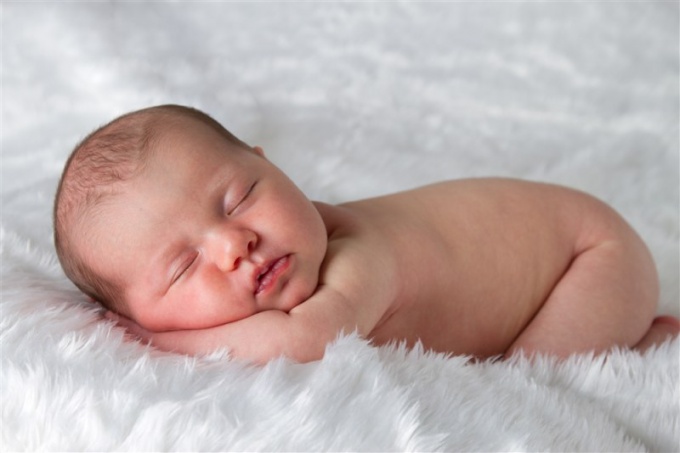 Related articles:
Instruction
1
Diaper rash if they are, you will notice as soon as remove the nappy with the baby to change it for fresh. First, the baby's skin appears red spot. It can be of different sizes and capture small or large areas of the body of the newborn. Then, if the redness is not to care and not to remove the first symptoms of the disease means that the problem could get worse.
2
On the skin along with the redness can appear visible white and red pimples. Most often, the rash appears around the hips of the baby, his buttocks. Rarely in the armpits, in the folds of the neck. The skin can be at the site of inflammation, as excessively wet or dry.
3
Can diaper rash manifest differently. First, there are their precursors – small reddish spots, which few people pay attention. Then they merge into a single bright red spot that bothers the kid, makes him cry, does not sleep. If is added to the issue of bacterial infection, such rash may be accompanied by the appearance of ulcers, purulent yellow spots on a background of redness, increased temperature.
4
Redness and diaper rash are caused by various reasons. This introduction into the child's diet of new products, blends, are also frequent stools, skin of the baby urine, the friction on her stitches clothes or diapers. But the chief cause of diaper rash remains a surplus of moisture on the skin, especially if the child long does not change diapers or reusable diapers.
5
The pediatrician or by a pediatric dermatologist baby rash on the skin show that if alone with them can not cope, and problem areas become festering sores. The physician in this case prescribed for calming and skin treatment ointments, or gels with antibiotics.
6
As soon as you notice a small reddish pimples or redness in the folds of baby's skin with the inner side of the thighs, the butt, the neck, the cheeks - to create optimal conditions for healing of the skin. As often as possible, change the diapers of the baby. Don't leave it in a diaper all night.
7
Day shifts between regular diaper keep baby for several minutes naked in a clean, dry diaper so that the skin "breathed". Tempted of the child and the wet folds on his skin clean, soft cloth. Do not RUB the baby's skin during hygienic procedures.
8
Apply a special soap that contains anti-inflammatory oils, plant extracts, zinc oxide. When you put it on once again fresh diaper, not too tightly fastened it on the child's body to the air between the diaper and skin circulate.
Note
Try washing the children's clothes, diapers, cloth diapers do not use irritating detergents and conditioners.
Is the advice useful?
See also
Присоединяйтесь к нам
New advices