What gifts the wise men brought to Jesus

Christmas holidays 2014 gave the Russians a wonderful surprise: they first had the opportunity to see the great Shrine of Christians, the gifts of the Magi. This relic came on the eve of the Nativity in the Cathedral of Christ the Savior in Moscow. Previously, it is not exported outside Greece. 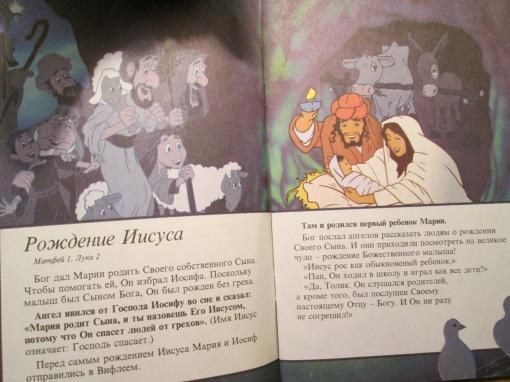 Related articles:
Instruction
1
The gospel story tells us about the Magi, who went to the wonderful light of the star to Bethlehem to worship the newborn Savior. They prepared him Gifts, the particles of which, as a sacred relic of life on earth of Jesus Christ, stored in Greece in a special ark. Presented by the wise men of the East to the Infant Jesus the gifts were not random, but had a certain symbolic value.
2
Gold, first, symbolically represents a tribute to the subordinates of his Lord, and as King of kings expect begotten son of God. Second, the most luxurious and expensive things made of gold, the Holy relics were often decorated with gold (for example, the faces of saints on icons, domes of churches). Gold can be considered a symbol of wisdom (no wonder it is called "Golden", and silence is "Golden").
3
Frankincense is the gift of the Magi to Jesus as God and high Priest. Frankincense is an expensive aromatic resin, which is used by priests when censing during the services. In this offering of the Magi symbolically reflected the awe of mortals before God.
4
Smyrna – a word of Greek origin, called the resin growing up in Ethiopia and Arabia tree, exudes fragrance. Myrrh is used in burial ceremonies. The symbolic importance of the gift of the Magi point to the sacrifice of the Messiah, that, having undergone all the persecution and terrible suffering that Jesus would die for the salvation of all people.
5
The legend says that the blessed mother gave born Jesus Christ with the Holy Gifts of the Magi in Jerusalem the Christian community, where the relic was moved to Constantinople, where it was kept in the Church of Hagia Sophia. Transported in the 15th century, gift of the Magi and are now on mount Athos under the arches of monastery of St. Paul.
6
Twenty-eight plates of gold, to which is attached a silver thread beads with frankincense and myrrh, are sacred to the Christian world relic.
7
Common among Christians, a tradition to present gifts on the feast of the Nativity and the newborn associated with bringing the Savior of the gifts of the Eastern Magi.
Note
The gospel calls the wise men and astrologers of the Magi. They knew about the ancient prophecy of the birth of the King of Glory and noticing the sky unknown to them the appearance, immediately went to the bright light of the star of Bethlehem. The number of gifts indicates that the Eastern sage was three, although this number, like the names of the Magi, not specified evangelists.
Is the advice useful?
Присоединяйтесь к нам
New advices