Who are the Magi

Many are familiar with the biblical story of the Magi who appeared before the newborn Jesus and presented him with gifts. Wanderers led to baby bright star of Bethlehem, which they considered an omen of the coming of the Savior. Who are the Magi who were among the first to see God, who took human form? 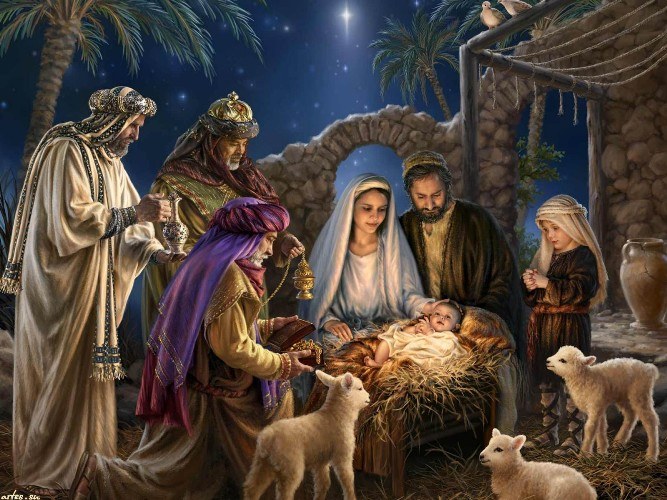 The Magi and star of Bethlehem

In the Bible the term "Magi" refers to the wise men and astrologers who could predict future events by the movement of the heavenly bodies. Watching the sky, the Magi saw over Bethlehem, the city of unusual star. Following her, itinerant magicians came to the place where the newborn Christ, accepted him as the King of Glory and gave him their gifts.

The wise men hurried to Bethlehem, because he believed a bright star in the sky a sign, to testify of the birth of the Great King, so long expected. For the Magi it was not just a star, a shining angel of divine power.

In the East, where profits stargazers long ago was a common old Testament prophecies about the coming of the Messiah, which was prepared for the role of Savior of lost mankind.

The authors of the Gospels did not give the names of the Magi and their number. Mention of three Magi appeared in early Christian literature much later, and subsequently the legend was supplemented by medieval authors. Traditionally it is believed that came to Jesus by three Magi. They even mention their names and nationality. African Balthasar was a young man, Melchior was middle aged and came from Europe, and Caspar (Gaspar), as a gray-haired old man, represented Asia.

Legend has it that after visiting Jesus, the Magi departed to other lands. It is believed that much later they had been baptized and was martyred in one of the Eastern countries. The relics of the Magi were later found and preserved in Constantinople, after which they moved to Europe, where the relics are stored to this day.

The gifts of the Magi

What represents the gifts of the Magi? The Bible says that the wise men presented the infant Jesus with three gifts: frankincense, gold and myrrh – aromatic resin. Each gift had its own special symbolic meaning. Frankincense – an offering to God. Gold is usually given to the kings.

Myrrh symbolized the future sacrifice of Christ, who gave his life for the salvation of mankind.

According to legend, the mother of Jesus later gave the gifts of the Magi, the Christians of Jerusalem, and then these Christian symbols were in Constantinople. Already in the XV century, the Holy gifts carried in the Athos monastery, where their and deposited. Particles Christian relics are carefully stored in a special ten ARKS. True Christians really worship these relics, which remind of far times and are directly connected with the earthly life of the Savior.
Is the advice useful?
See also
Присоединяйтесь к нам
New advices