How to record audio on Windows

The Windows operating system provides a huge variety of features, including sound recorder, which often prove useful not only as entertainment but also in work. 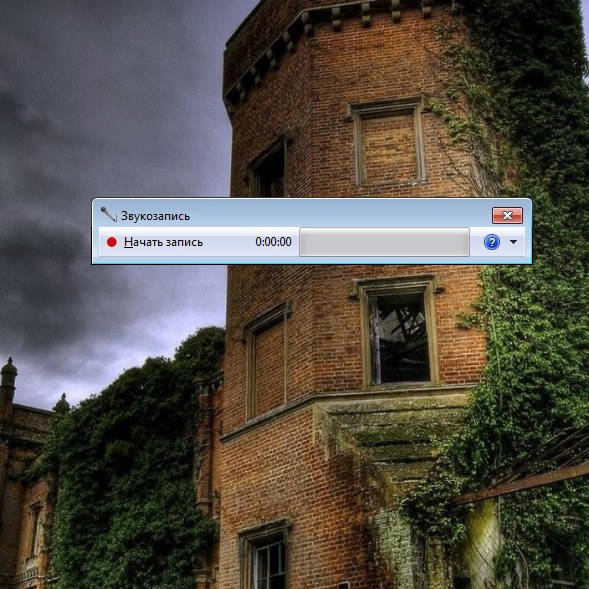 Related articles:
Windows operating system allows you to record sound in several ways. In any case, the process will require the computer serviceable sound card. Need to play speakers and a standard player such as Windows Media Player.

Record sound from microphone and standard program is the simplest option, if we are not talking about the necessity of getting superior quality without extraneous noises. Requires the included microphone. It can be switched on via "start"-"control Panel"-"Sound", in the opened window, the "Recording" tab.

In modern versions of Windows required built-in program called sound recorder. It is easy to find in the menu "start"-"All programs"-"Accessories"-"sound Recorder". The program is very intuitive, the buttons are rendered, as in an ordinary player: just click "start recording" to complete – "stop recording", and then automatically opens the dialog box save as, where you can enter a name for the resulting file and choose its location. If the recording should continue, instead of "save", click on "cancel" then "continue": thus, all the sound will be recorded in a single file.

You can record sound without a microphone, for example, enabled on the computer of the movie. It will have to work with stereomixer. You can find it here where the headset is activated ("start"-"control Panel"-"Sound", in the opened window, the "Recording" tab). If the "record" no point "stereomixer", most likely, it is just hidden. To see him succeed, right click the mouse on any blank area of the window and selecting "show disabled devices". When stereomixer will appear in the zone of visibility, you need to enable it as the default device and disable the microphone. Further, the recorder is the standard way discussed above.

In some cases, with sound recording by using stereomixer problems arise. Then it makes sense to try any of the programs (paid or free), focused on recording audio from the computer. A lot of them and choose to be in accordance with the type of operating system and your preferences. For example, these programmes include: Total Recorder, Sound Forge, AudioSP, Audacity and many others.
Is the advice useful?
See also
Присоединяйтесь к нам
New advices