What fish are considered fat

Fish is a unique product. It absorbs and relieves the feeling of hunger, enriches the body with vitamins, minerals and other nutrients that are necessary for normal human health. And yet in its composition contains healthy fat, recommended consumption of both physicians and nutritionists. However, in large quantities it is present only in some varieties of fish. 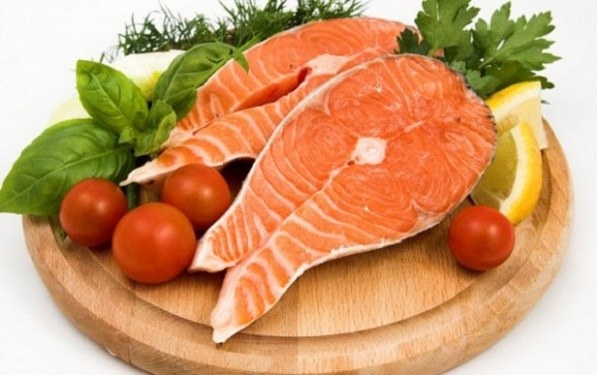 Related articles:
Instruction
1
First of all, to the oily varieties of fish include all species of salmon. Among them especially popular in Russia are salmon, trout, and salmon. The fat content in them, depending on the season, can range from 10 to 20%. Meat of this fish is tender, tasty and does not contain small bones. Representatives of this species are ideal for pickling and preparation of the second dishes.
2
However, the shelves are normally only found that salmon fish that are grown on special farms. Keeping cages and feeding special kombikorma somewhat degrades the useful properties of such fish. That's why it is better to give preference to caught in natural waters chum or Chinook salmon, which are fatty varieties.
3
Representatives of the sturgeon family, too, contain in their composition a lot of fat – about 10 to 15%. These include: Beluga, stellate sturgeon and sturgeon. Meat of these fish is you can cook any dish, including soup, jelly and barbecue. Suitable such fish and as a filling for various cakes and pies.
4
To fatty fish include herring – it is almost year-round produce in the Pacific and Atlantic ocean. Moreover, the fat is the one that was caught it from the Pacific ocean. Cost herring are much cheaper salmon or salmon, and the number of healthy fatty acids, it is not much inferior to the more expensive varieties of fish. A little less fat are considered as whitebait and sprats, which are more suitable for frying and making soups.
5
To the oily varieties of fish also include: anchovy, sardine and mackerel, coho salmon, sockeye salmon, sole, halibut, mackerel, escalar, mackerel. Of freshwater fish are considered the most obese carp, catfish, carp and carp – it is better to smoke, pickle, pickle or fry it.
6
Use fatty fish, for the body is enormous. In the composition of its fat is composed of polyunsaturated fatty acids that the human body itself is unable to produce enough. They are beneficial to the joints, heart and vessels, brain and vision. Prevent the formation of cholesterol plaques. Furthermore, it is in fatty fish contains large amounts of vitamin A and D rich in this product and vitamin B.
Note
To reduce calorie oily fish, it should be prepared in the oven and steamed, rarely – on the grill. The product should be added only a minimal amount of olive oil and spices. Then this fish will bring maximum benefit and will not harm the figure.
Is the advice useful?
Подписывайтесь на наш канал